Home » Mobiles » Should You Buy A Smartphone With A Qualcomm Snapdragon 810 Chipset?

Should You Buy A Smartphone With A Qualcomm Snapdragon 810 Chipset? | TechTree.com

Should You Buy A Smartphone With A Qualcomm Snapdragon 810 Chipset?

Luckily, smartphone brands this year have plenty of options laid out, after a bit of trial and error. 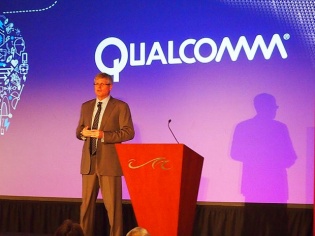 Its been a long journey for Qualcomm, a US chipset manufacturer that has been supplying its chipsets for the best mobile phones. From feature phones, to flagships, to mid-rangers; from Android to BlackBerry, Qualcomm’s chipsets saw no competition after their claim to fame until MediaTek, a Taiwanese company showed up.

Still then, it was smooth sailing and everything was great with the company’s profits surging, until Qualcomm built the Snapdragon 810 chipset.

The Snapdragon 810 may go down in history as one of Qualcomm’s biggest failures. More importantly, Qualcomm’s quarterly announcement also saw news about workforce layoffs and a restructuring, due to a drop of 1 billion USD in operating income.

Clearly, it is shocking to know how one faulty chipset can cause so much havoc. But it can.

In terms of Android smartphone sales, Samsung is the market leader. This year, not only did Samsung and HTC bail out from buying the cursed chipset, but also LG who quietly switched back to the less powerful, Snapdragon 808 chipset for its LG G4 flagship.

Samsung was the first to ring the fire alarm, but clearly the last to confirm that something was actually wrong. Insiders however, were quick to reveal back in December 2014, that the flagship chipset of the year, was a flop. It had plenty of problems (mostly related to heating) and that the companies sampling them were not entirely satisfied with what they saw.

Time passed by and Qualcomm was quick to control the rumours (or facts) that were spreading about its chipsets, which were not even inside flagship smartphones by then. Qualcomm commented that they were working to resolve the issues and then it put out a big press note with its supporters talking about long term commitments with the same. We did not notice however, back then that HTC and Samsung were not mentioned in the same.

Time was passing by and Samsung had to make its move. After testing, it was clear that the chipset was not good enough and Samsung having its own expertise in silicon switched to its own Exynos chipsets for the upcoming Galaxy S6 flagships.

A few months down, it became pretty clear that Qualcomm had lost a big client. HTC was next in line and even though it had outed a refreshed One M9 with the same chip, it was quick to out the One M9+ in Asian markets, with premium MediaTek chipset inside. Qualcomm’s loss was indeed MediaTek’s gain.

And the trend followed. Reports of Snapdragon 810 sporting smartphones heating up, began popping up all over the web. Even LG’s G Flex 2 comes with a similar problem, but none can be worse than what happened to Sony.

Sony was already in mess thanks to the news about the sale of its mobile division, which kept popping up from time to time. When the Xperia Z4 arrived, things became pretty obvious that these chipsets could not be tamed.

Android Central in its review of the Xperia Z3+ even mentioned after their extensive testing that the chipset had its issues. Apparently, Sony had modified the kernel to make it run on just two of the four Cortex A57 cores, and still the phone ended getting hot and shutting down apps, with the camera app suffering the most.

So in short, the Snapdragon 810 chipset is not the flagship chipset of the year. You are better off with Snapdragon 808 with a hexa-core set up that gets the job done. Your options would include the LG G4, and even the upcoming Moto X.

Obviously, The Sony Xperia Z3+ and the LG G Flex 2 immediately drop out of the picture. Else you can wait for the OnePlus 2 that gets announced next week. A smartphone that seems to be the only one that's been thoroughly worked upon, according to the company’s engineers. Then there is also the Xiaomi Mi Note Pro, but we clearly have no clue when it will arrive in the Indian market.

Still then, you have HTC’s One M9+ with an octa-core Helio X10 (MT6795T) chipset, and the Samsung Galaxy S6 and its edge sibling as better choices.

Good news is, that after such a bad run with the 810, we can expect the 820 to be fireproof. More importantly, there is Qualcomm’s Sense ID Ultrasound fingerprint reading tech, which is also expected to debut with the same in the rumoured Xiaomi Mi 5.