Home » Mobiles » HTC One M9+ Gets Announced In China

HTC One M9+ Gets Announced In China | TechTree.com

HTC One M9+ Gets Announced In China

One of HTC’s worst kept secrets is finally official. 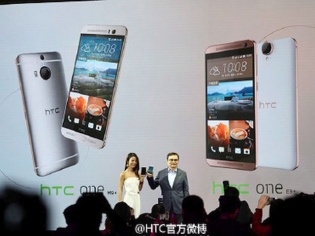 HTC has finally announced its phablet-sized One M9+ smartphone today at its “More Than One” event in Beijing, China. As you may have guessed by now, the handset has been designed for the Chinese market and we highly doubt that the handset would make its way to international shores.

The One M9+ is a beast and packs in some new silicon as well, making it the first flagship smartphone to sport MediaTek innards.

As for the rest of the hardware highlights we get a new home button with a fingerprint sensor that will allow its Chinese customers to pay via the AliPay payment system in China. The One M9+ also happens to be the second smartphone in HTC’s stable to sport a Quad HD display (the first one was the One E9+, which saw a soft launch a few days ago). Design wise we can only say that HTC’s design seems to be getting drab and boring by the day. The HTC One M9 already failed to impress fans and the HTC One M9+ seems to carry on that tradition.

While the large lens on the back which sports the same 20 MP unit from the One M9 (although it looks larger) its looks out of place at best. The same can be said about the fingerprint sensor’s placement on the front which seems more of an after thought. As for the hardware specs of the HTC One M9+:

The HTC One M9+ will be available in Gunmetal Grey, Amber Gold and Silver Gold options and will be sold only in China for now.