Home » Features » How Different Is Indian Smartphone Market From The Chinese?

How Different Is Indian Smartphone Market From The Chinese?

By 2017, while nearly 174 million smartphones are expected to be sold in India, China may observe a steady rise up to 505 million handsets. Nowadays, the demand for smartphones is increasing in India while at the same time, Chinese economy is slowing down.

Further, we have also been witnessing many Chinese handset makers including the Lenovo Group, Huawei Technologies Co. and Gionee Communication Equipment Co looking to produce and sell more phones in India, the world's second-most populous country.

The International Data Corporation (IDC) data recently revealed that the Indian smartphone market grew by 44% in the second quarter ended June. Samsung took the lead with 23% share and Micromax was quite close.

Meanwhile, Chinese smartphone players accounted for 12% of the total Indian smartphone market in the second quarter, double from a year ago.

While both China and India offer a huge consumer base, the following points draw a line differentiating the two huge smartphone markets.

1. Indian consumers prefer cheaper smartphones than their Chinese counterparts. It is commonly seen in India that nearly half of the smartphones being sold here are pocket friendly - less than $100 for that matter. However, in China, things are little different with low-end smartphones accounting for a mere 20% of the market. 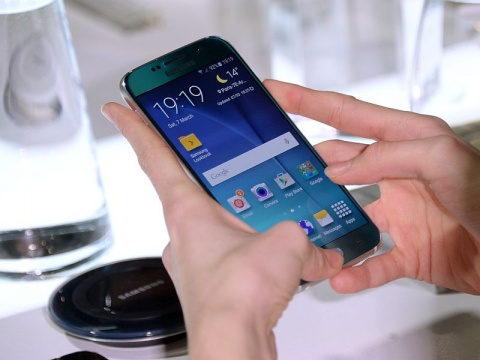 We know that Samsung has been ruling the smartphone industry both in India and globally. Considering this, the Galaxy J2 and other inexpensive handsets drove sales for Samsung in India while in China, sales were driven by the company's flagship Galaxy S6 and S6 Edge.

2. Chinese smartphone users have a tendency to quickly switch over different smartphones and also try the latest entrants. However, in India, smartphones haul for a longer period. Indian consumers don't tend to make a quick switch to the new smartphones. 4. Most of the smartphones sold in India are still 3G. This is somewhere around four years behind of the type of technology being used in China. However, many telcos are now announcing their 4G network connectivity with Airtel being the first operator.

5. India will soon overtake the US to become the world's second largest smartphone market by 2017 behind China, selling an impressive 174 million units. At the same time, nearly 458 million smartphones will be sold in China in 2015, rising steadily to 505 million in 2017. That's a huge difference for sure.

Also, a point to note is that while there are 19 Apple Stores in China at present, India doesn't have an Apple Store.

However, IDC expects India to maintain a double-digit growth rate in the smartphone market over the next few years as people switch to smartphones and gradually upgrade to 4G smartphones as well.