While patriotism might be a factor for the home grown companies, there seems to be some economics involved as well. 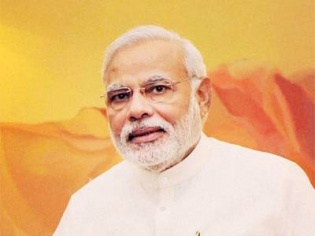 With Prime Minister Narendra Modi's 'Make in India' movement roaring loudly, many smartphone companies seem to have taken their step well towards it.

We have been seeing lately many mobile manufacturers talking about moving their assembly lines to India. However, it is good not to forget that these are the companies who make the bulk of their phones in China and other multinational rivals.

Not just Indian companies, but we are also seeing multinational corporations such as Samsung, HTC, Sony and Xiaomi along with new players like Coolpad and Phicomm talking about Make in India.

Speaking more about this, we know that Xiaomi is all set to manufacture its smartphones in India at Foxconn's new facility in Sri City, Andhra Pradesh while Celkon has launched its State-of-the-art manufacturing facility in Telangana.

Also, it is being said that the Indian Government is in talks with Foxconn Technology to manufacture Apple iPhone in India while HTC finalised its 'Make in India' plans by signing a deal with Global Devices Network.

Let us now look at the economics involved with Indian companies taking the 'Make in India' call.

A smartphone which is imported as a finished product attracts a duty of around 12.5 per cent which seems to be pretty hefty for the companies when they could actually import the components at just 1 per cent and assemble them here in India.

It looks like mobile manufacturing companies are trying to take this advantage along with others like cashback on investments in this sector and tax exemptions attached to the government's manufacturing push.

Having this said, the smartphone companies still have many obstacles like high VAT rate on mobile handsets and accessories in various jurisdictions and the lack of export benefits. Along with this, component suppliers and design houses are still missing which makes the companies to just assemble the components they ship.

However, running behind 'Make in India' lies a clear advantage for manufactures while it also probes to be beneficial to Indian customers as the difference in duties could make the phones cheaper.