Home » Mobiles » Motorola To Focus On Imaging With Next Flagship

Motorola To Focus On Imaging With Next Flagship | TechTree.com

Motorola To Focus On Imaging With Next Flagship

Its the year of tailor-made hardware for Android smartphone manufacturers. 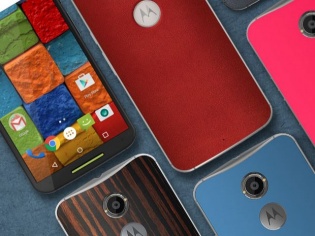 Samsung’s hardware innovations seems to have sparked something positive for the industry after all. Motorola in a Q&A session online, announced that its focus is indeed going to be on the camera with its next flagship.

The news comes after a chat on Twitter that allowed users to ask whatever they wanted to Motorola CMO, SVP Global Marketing & Communications, Adrienne Hayes.

Motorola indeed has a long history when it comes to cameras that deliver average imaging. The original Moto X, Moto X (2nd gen), Nexus 6 and the Moto Turbo still stand as proof that Moto needs to improve on its smartphone imaging capabilities as the price points simply do not justify average camera performance.

YES. We know we need to improve here and are definitely going to "bring it." https://t.co/77Lzkvtvqb

As for the Samsung bit we mentioned earlier, the Korean company outdid itself with the Galaxy S6, which now stands as a benchmark of sorts for the Android camp. Then there are brands like Huawei with its Honor 6 Plus and recently, even LG with its G4, that focus on tailor-made imaging hardware.

Seems like all of this must have rubbed off on Motorola, so with its next flagship, we could indeed expect something that goes big on camera quality and also brings something new to the game.