Apple iOS 8.0.2 Update Now Seeding To Fix The Previous One

Hopefully this is the last one for this month. 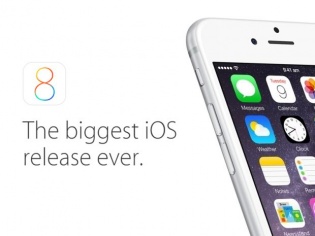 Apple has clearly moved its users from iOS 7.1.2 all the way up to iOS 8.0.2 in just a few days. We will indeed not be surprised to see iOS 8.1 hitting devices soon if this update saga continues. Well, the Cupertino tech giant has finally released a big fix to fix the issues brought in by the botched 8.0.1 update and things finally seem to be fine for now. Still then, we are pretty sure users may want to move back to iOS 8 right now until the early adopters try out the firmware first and give it the green signal.

The new update fixes the issues of the first and second release and as of now, there are no reports popping up about some more issues (Phew!). The update is guaranteed to fix the cellular reception problems along with the touch ID niggles and also delivers the bug fixes that were intended to be delivered in the first 8.0.1 update. HealthKit-based apps are now accessible on the App Store and the 3rd-party keyboards work perfectly fine.

Apple had clearly hit a rough patch ever since iPhone 6 Plus users showed up with “Bendgate” issues and the new 8.0.1 update only seems to have made things worse for iPhone 6 owners. As for “Bendgate”, Apple says that only a few iPhone 6 models have been affected by it.

We seriously cannot figure out how a few users have been affected by the issue. Phones are usually assembled in batches and clearly it’s either an entire batch or a massive design defect as pointed out by many, which has yet to surface in a bigger scenario.