While the product will be launched in India on the 29th of September, the device will indeed take some time to arrive. BlackBerry has made official its square-screened Passport smartphone at launch events that took place across the world a few hours ago. The odd-looking device that according to BlackBerry comes at a reasonable asking price, is targeted at business users and has been designed to deliver more viewing space, making it better for enterprise use.

The BlackBerry Passport runs on BlackBerry OS 10.3 and also includes the digital voice assistant called the BlackBerry Assistant. What is probably more unique than the 1440 x 1440 square screen is the all new BlackBerry touch-enabled keyboard. The unique keyboard is a first indeed and will allow you to delete words by swiping over the keyboard along with on-screen scrolling and cursor control. 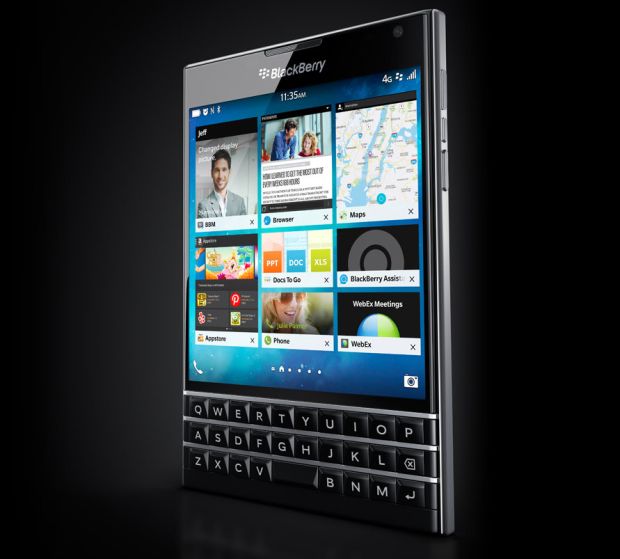 As for the specs, they pretty much became official a few weeks ago:

The monstrous handset measures 128 x 90.3 x 9.3mm and weighs a pocket-heavy 194.4 grams all of which makes sense considering that the smartphone packs in that large battery. Lastly the Canadian smartphone maker also unveiled BlackBerry Blend a service that will allow you to share content seamlessly between your smartphone, tablet or PC. Its basically an app that works without using cloud services and uses only Wi-Fi or a cellular connection, or wired through the USB port on your PC. All you need to do is install the app or software on your system and use your BlackBerry ID to log in. From there you simply have to open the software to sync documents between devices or even receive BBM notifications on your PC. BlackBerry Blend launches today on the BlackBerry Passport and the Porsche Design P’9983 from BlackBerry, and will work across desktop operating systems, including Mac OS X 10.7 + and Windows 7+ and Android tablets running Android 4.4+. BlackBerry is also working to bring the Blend experience on other tablets soon.

As far as the pricing of the BlackBerry Passport is concerned, its right about the same as we had earlier reported, 599 USD (approx. 37000 INR) and will be available in black or white in Canada, France, Germany, the UK and the U.S. for now. BlackBerry said that the Passport would be available in 30 countries including India by the end of the year.