HTC Might Announce The Nexus 9 At October 8 Event | TechTree.com

Insiders say that the Taiwanese company may unveil some more devices at the mystery event. 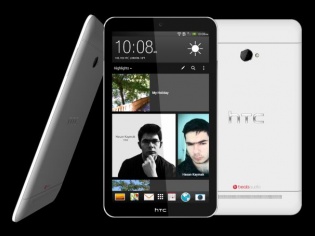 HTC is clearly not good at keeping secrets. News with credible sources from HTC’s own factories now point out that the company will be unveiling two more devices apart from the rumoured HTC Eye at the Double Exposure event, scheduled for the 8th of October. One of those devices could be the Nexus 9 (Volantis) while the other could be a GoPro like camera add-on similar to Sony’s lens style cameras (just that these could be attachable).

We all know about the Nexus 9 and the fact that it will be the fourth device to feature NVIDIA’s Tegra K1 chipset (Denver in this case) after Google’s Project Tango Tablet, the Xiaomi MiPad and the NVIDIA Shield Tablet.

Tablet aside, we have also learnt that HTC might showcase its first add-on device that resembles a GoPro camera and will allow you to wirelessly take underwater shots etc. Not much has been known about the device, which is a bit strange when it comes to HTC.

It was just yesterday that we saw some medical devices leak out online that will work wirelessly with HTC smartphones and even detect symptoms for disease. With this and all of the above, HTC seems to be everywhere all of a sudden; for a company that was solely focussed on building smartphones this year. Oh yes, news is that the company is back to building its wearable smartwatch; so you can now add that to the list as well.