NVIDIA Thinks The HTC Made Nexus 9 Will Launch Within A Few Weeks | TechTree.com 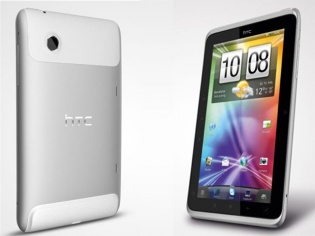 Rumors of HTC making a return to tablets has been gaining a lot of steam recently, and if NVIDIA's patent lawsuit against Qualcomm and Samsung is to be believed, such a device could be launched very soon. NVIDIA has revealed that it expects the HTC Nexus 9 to be powered by its Tegra K1 processor and will be launched sometime in the third quarter of the calendar year.

That puts the launch of the HTC Nexus 9 anywhere within the next 19 days, which if we're to be frank isn't going to happen. The reason for that is that the next Nexus tablet will ship with Android L, meaning even if HTC is ready to ship the device, they're going to have to wait for Google to give the go ahead.

Putting two and two together, one could expect HTC to unveil it's tablet at the “Double Exposure” event it's holding on October 8. However, everyone is expecting the event to revolve around imaging with HTC unveiling some new upgraded tech for its Duo Camera or even an external lens module like Sony.

The bottom line is we really don't know what HTC has in store for us on October 8, and even if we do find out before the event, it's unlikely that it'll be about the Nexus 9. As for NVIDIA's Tegra K1 chip powering the tablet, that could very well be true, especially given that Google's Project Tango tablet utilizes the same chip.