Home » Mobiles » The Moto X Style Vs The OnePlus 2; Which One’s Better?

The Moto X Style Vs The OnePlus 2; Which One’s Better? | TechTree.com

The Moto X Style Vs The OnePlus 2; Which One’s Better? 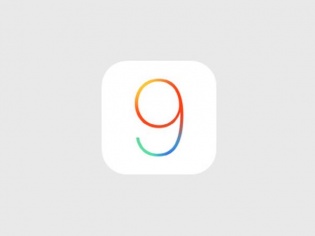 Motorola wowed the world indeed by showing off its all new budget flagship that at least on paper puts recent flagships to shame.

While a part of the war is won simply by its price tag, Motorola has spent a lot of time and effort on the imaging front, but so has OnePlus.

So how do the two new flagship killers stand up against one another?

While both smartphones have designs similar to their predecessors, the Motorola does have plenty of options to choose from and comes with more options for the finish for its metal frame as well. Moreover, the curved design that we liked on the Moto X (2nd Gen) will make it easier to hold compared to the OnePlus 2. But the design is getting old, the Moto X (1st gen) had it, and the same was improved upon with the Moto X (2nd gen) and then again on the Google Nexus 6, so it a bit dated. OnePlus 2 is a breathe of fresh air. You can finally change those Style Swap covers without damaging the unit and you also get a unique looking design that stands out. Not to mention that clicky 3 position mechanical switch that no one in the Android space has pulled off, even after Android Lollipop has made it such a tedious process to switch between profiles.

While the Motorola Moto X Style offers a pixel-dense Quad HD (2560 x 1440 pixels) display, it is a TFT LCD One. OnePlus on the other hand offers a more sensible Full HD display, which is an IPS one with in-cell technology. Pixels and quality aside, a Full HD display will consume less power with few pixels to drive when it comes to the graphics.

While Motorola is known for pulling off a balancing act over the years with its flagships, OnePlus has always gone with the numbers. This year, both handsets come with some impressive chipsets, still the Moto X Style will always be slower than the OnePlus 2 with a Snapdragon 810 (they still belong to the same generation).

Many will argue that the OnePlus 2 may heat up, the company however has worked on the problem by decreasing the clock speed of the chipset. Apart from the CPU, the OnePlus does offer 4 GB of LPDDR3 RAM, which combined with the 64-bit chipset should not see the slightest hint of lag. Comparing this to the LG G4 with the Snapdragon 808, we have noticed plenty of slowdowns. But knowing that Motorola usually runs with a vanilla version of Android, it may deliver a balance in terms of performance.

Another factor to consider is that the Moto X’s battery is 300 mAh smaller in size. More cores clearly lead to better savings and the Moto lacks two of them.

On paper, the Motorola Moto X Style is a winner. Its even got approvals by image quality experts at DxO Labs, who have placed it up there with the Samsung Galaxy S6 and the Galaxy Note 4.

While we do understand that OnePlus has worked on the imaging front. Nothing has been confirmed for now. Both smartphones offer some impressive video with the OnePlus 2 being able to shoot 4K time lapse videos and the Moto X Style able to pull off 4K HDR video.

Moreover, both smartphones come with their own quick autofocus systems. The Moto X Style has phase detection, while the the OnePlus 2 comes with a laser-assisted autofocus system similar to the LG G4.

So there you have it. The winner is the OnePlus 2 indeed. OnePlus is not pulling off another OnePlus One, but seems to have delivered a polished device. It sticks to its predecessor’s design language but improves upon it so much, that it  delivers a unique looking product. And while the hardware is a bit of overkill (Snapdragon 810), it will make a difference when it comes to sales, because consumers will want the best.