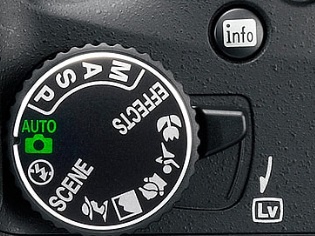 In spite of Nokia Lumia 1020’s amazing camera (see links below), in general consumers want a good dedicated camera. Along with many other factors such as affordability, Indian consumers are increasingly going for DSLR's.

Cameras were not created equal, but neither are people
Most people assume that having a bigger camera, most often a DSLR equals to better photos. Well they are partially right, as the equipment is better, though the training is not present. Even with a minimum understanding of shooting a photo, a DSLR/APS-C Mirrorless camera will produce better photos (shot-for-shot). Though framing a shot, focusing on the right subject etc are things to be learnt and it is a fun journey if you allow it.

APS-C Sensor Size Mirrorless Cameras Rock!
I love my Nikon D5100 and my previous Nikon D70s, though one thing I hate is the bulkiness of it all. It is damn heavy especially with zoom lenses. If going on a trek, the darn thing starts to weigh a ton straining the neck muscles. This can be rectified with Black Rapid camera straps (which I’m planning to buy), but better than that are the Mirrorless camera series. Not the micro-four thirds like the Panasonic G6 (which is great camera by the way), I’m talking about Canon EOS-M (Rs 32,000 - Great price!), the Nikon Coolpix A (Rs 50,000 - Ouch!) or the Sony Nex-7 (Rs 78,000 - Double Ouch!).

All of them come minus the bulky optical viewfinder (which we DSLR owners have learnt to love), coupled with a regular sized APS-C sensor that all consumer grade DSLR cameras use. That means basically, great photos in a small compact size — an ideal camera which most of us want. Of course this means that battery life will be reduced as touchscreen remains ON all the time, lenses could vary (lens adaptors help here), and a different ecosystem than what DSLR owners are into, but nothing that a new comer will get hindered by.

So does this mean I’ll happily dump my Nikon DSLR’s for a APS-C sized Mirrorless camera? What after investing Rs 30k worth in lenses and equipment, you gotta be nuts! But it is tempting.

What do you guys feel about the entire scenario? Why would you/did you opt for a DSLR? Would you have gone for for a Mirrorless camera which has the same sensor as a DSLR itself? Let us know, right below.