One of India's most awaited smartphone is finally here. But does it live up to the hype? 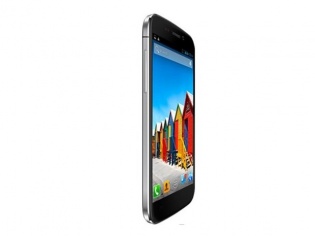 
Micromax has come a long way. After becoming the biggest domestic smartphone brand, it’s already looking to challenge the mighty Samsung’s dominance in India. Till now, Micromax has managed to grab a big chunk of market-share with its aggressive pricing. However, this time around, the company has decided to enter the mid-range smartphone space with the Canvas 4. So can this handset convince the buyers to shell out a premium for a brand that has become a synonym for budget smartphones?

Design And Build Quality
The Canvas 4 looks just like a run-of-the-mill Android handsets. In spite of that, it’s still the most refined phone Micromax has ever come up with. Especially, the aluminium frame, which also works as antenna, makes it feel premium to some extent. Like any smartphone with a 5-inch screen, the Canvas 4 isn't ideal for single handed usage. Its glossy back-panel makes matters even worse. 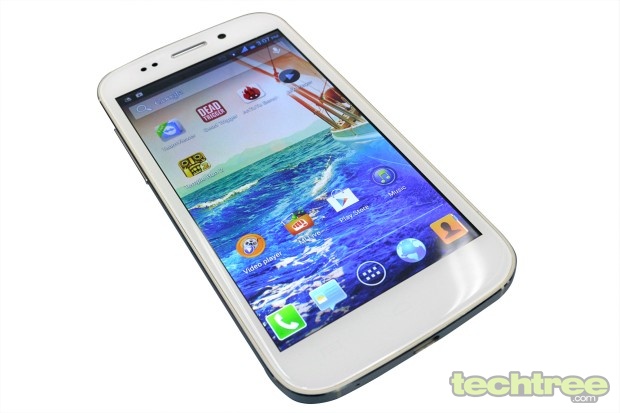 The phone features three capacitive navigation keys – Home, Back, and Options. These keys are backlit, and offer haptic feedback when touched. The Lock/Power button is placed on the right side, whereas the Volume rocker sits bang opposite. Finally, the top of the device houses a 3.5 mm jack, while the micro-USB port is at the bottom. 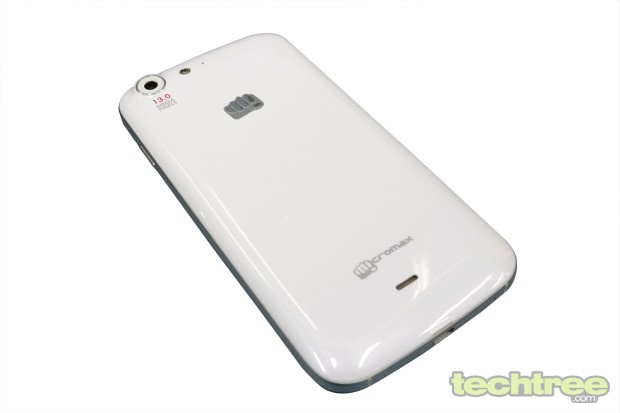 During the launch event, Micromax had given a long speech on the Canvas 4’s design story. But now we know that it’s nothing but a replica of BLU's Life One handset. However, at the same time, I don’t think their target audience will crib about the lack of originality.

Display
The Canvas 4 features a 5" screen with pixel dimensions of 720x1280. It's an IPS type panel with aspect ratio of 16:9. Thanks to the Corning Gorilla Glass, the display is scratch resistant. The screen is bright, which somewhat helps with the sunlight legibility. Although the blacks could have been better, the overall colour reproduction is quite decent. So while this phone sports a good screen, it’s nowhere near the quality of Panasonic P51’s display. But it is noticeably better than its predecessor, Canvas HD.

Basic Specs
The phone is powered by a 1.2 GHz quad-core processor based on the MediaTek MT6589 SOC. There's 1 GB of RAM to help with multitasking. Other than that, you get 16 GB of internal storage, microSD card slot, Wi-Fi, Bluetooth 3.0, 3G, and 2000 mAh battery.

User Interface
In terms of software, the Canvas 4 features Android 4.2.1 (Jelly Bean). Micromax has made a few changes to the stock UI. For starters, the lock screen features ‘Blow To Unlock’ app that does what it says. In case you’re wondering, this works on the same principle that's used in the popular Windows Phone and iOS game Blow Up The Frog — the air flow is detected by the phone's microphone. Be warned though, using this feature in public may cause a huge embarrassment. The homescreen and menu layouts are mostly unchanged, save for a few modified icons. 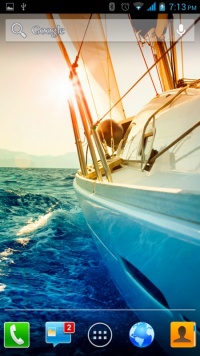 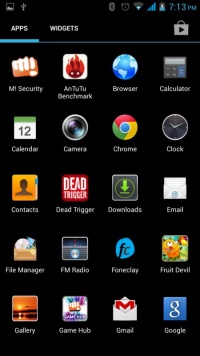 Drawing inspiration from Samsung's 'Multi-window', Micromax has come up with 'Pop Up' functionality that allows you to multitask with split screen view. Similarly, there’s a 'Video Pinning' functionality inspired by the Korean giant's 'Pop up play'. The phone comes preinstalled with a few apps such as File Manager, Opera Mini, Foneclay, Hike, and Spuul. Moreover, you also get Micromax's exclusive services such as M! Live, Music Hub, Game Hub, and M! Security.

Swiping through homescreens and menus is quite smooth. However, you’re visited by slow-downs once in a while. Coming to the subject of gaming, the phone can handle casual titles such as Temple Run 2 and Angry Birds: Star Wars with ease. If you’re hoping to play GPU demanding games including Real Racing 3, then you’re out of luck. In AnTuTu, the device hit the 12,800 mark, which is standard for a budget quad-core Android handset. To put things in perspective, the recently reviewed Zen Ultrafone 701HD had an almost similar score of 12,992. 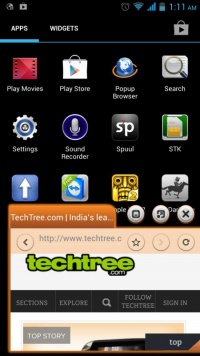 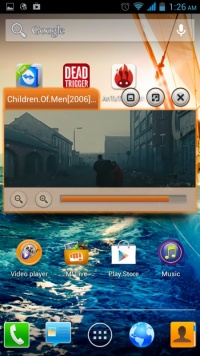 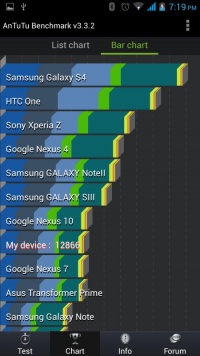 Multimedia
Micromax has skinned the default music player, which looks like a cheap imitation of Microsoft’s Metro interface. The Canvas 4’s bundled earphones are similar to what we get with the much expensive LG Optimus G Pro. Sadly, the phone’s music output sounds muffled. I tried pairing it with after-market IEMs, but the results weren’t any good. So if you’re a music lover, this isn’t a phone for you. 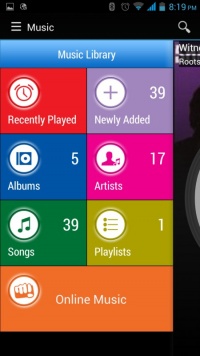 Moving on to video playback, the phone supports MP4, DivX, and MKV formats out of the box. The default player stutters with certain clips with high bit-rate. The default video player offers MXPlayer’s swipe controls — seek the video by swiping horizontally and Swipe vertically to control volume. Moreover, the phone also borrows the 'Smart Pause' trick from the GALAXY S4. When enabled, this feature should ideally pause the video playback when you look away, and should resume once you look back at the screen. However, in real world conditions, this feature randomly pauses the video, which becomes very annoying at times.

Camera
The phone comes with a 13 mp auto-focus camera with an LED lash. The snapper offers various modes that include Normal, face beauty, HDR, panorama, smile shot, and multi-angle. Another feature worth mentioning is Burst shot that allows you to take 99 shots in one go.

The good news here is that, the Canvas 4 is the first Micromax phone with a good camera. The resulting photographs offer natural colours, and decent amount of detail. It's better than those snappers found on budget Android phones, but just don't get your hopes too high. Click here, to view the untouched camera sample. The Canvas 4 records full-HD videos in MP4 format. The quality of the recorded videos is quite good.

Telephony And Messaging
Like any other dual-SIM (GSM) phone, the Canvas 4 features a SIM management menu. It also comes with some neat gesture controls. For instance, you can put the incoming call on silent by simply flipping the device. Similarly, keeping it upside down during the voice call will put the phone on speaker. The handset's network reception and call quality is pretty good. On the messaging front, the on-screen keyboard is standard Android affair. 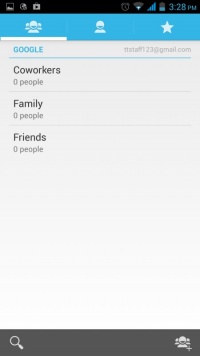 Battery
The 2000 mAh battery easily lasts for more than a day with standard usage. In our video loop test, it managed to power the device for almost 5 hours. For a 5" quad-core Android phone, I think the battery's performance is decent enough.

Verdict
The Canvas 4 is a good smartphone, perhaps the best Micromax has ever rebranded made. The price tag of Rs 18,000 is a bit stiff, but if you're using the first or second generation Canvas phone, this is a worthy upgrade. However, if you own a Canvas 3, you better give this one a miss. As far as the competition goes, the LAVA Iris 504Q comes with an inferior camera, but offers better value for Rs 13,500. Moreover, if you're into gaming, there's nothing like the XOLO Play T1000 in this price segment, and you can save a couple of thousand rupees too.