Does the first budget Tegra 3 handset from a domestic brand live up to the hype? 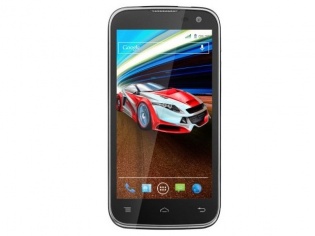 XOLO, known for introducing Intel’s chipsets to the world of mobiles, has now become the first Indian brand to launch an NVIDIA Tegra 3 based smartphone called the Play T1000. As its name suggests, the phone is targeted at folks who take mobile gaming too seriously. In the budget market segment, each and every domestic manufacturer goes with the tried and tested MediaTek chipsets. So will XOLO’s gamble to bet on NVIDIA’s Tegra 3 pay off? Let’s find out.

Design And Build
The Play T1000 may not be a head-turner, but is definitely a good looking device. I like how XOLO keeps its phone’s design simple and clean. The front panel is covered by an edge-to-edge glass, which provides this handset a premium look. The back cover is sturdy and features pleasant matte finish. The metallic housing of the camera lens is also a nice touch, which adds some character to the design. The branding is very subtle, which is a rare sight when it comes to domestic phone-makers. The screen size is just right to make single-handed operation possible. 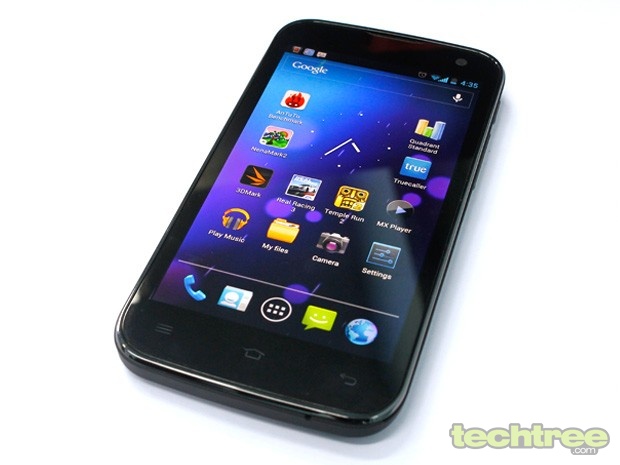 For menu navigation, the phone has standard capacitive keys – Home, Back, and Options. As usual, these keys are backlit, and offer haptic feedback when pressed. As opposed to most XOLO phones, the Play T1000 doesn’t sport a single button on the left side. Both the volume rocker and power button are on the right side, you might require some time to get used to it. The top of the device houses a 3.5 mm jack and a micro-USB port. The only niggle here is that the phone feels quite thick at 10.5 mm. Especially, when compared to the LAVA Iris 504Q. That said, the overall design and construction is very good.

Display And Specs
The T1000 sports a 4.7" IPS screen with pixel dimensions of 720x1280. The display uses OGS (One Glass Solution) technology that eliminates the space between your display and touchscreen, allowing you to almost touch what's on your display. The screen is sharp and delivers vibrant colours. The contrast is good, and the levels of blacks were acceptable. The viewing angles are wide, and the display doesn’t disappoint with the sunlight legibility either. However, make sure not to mix this handset with coins and keys, as the T1000 lacks scratch resistant glass. This is quite a downer considering the similarly priced Nokia Lumia 720 comes with Gorilla Glass 2 protection.

The phone’s quad-core processor is clocked at 1.5 GHz, and is coupled with a 12-Core ULP GeForce GPU. Other key features include an 8 megapixel rear camera, 1 GB RAM, 4 GB internal storage, microSD card slot, and 2000 mAh battery. Detailed specs can be found at the end of this review.

UI And Apps
The phone runs Android 4.1.1 (Jelly Bean) out of the box. Of course, many will be disappointed by the fact that a Rs 16,000 phone doesn't ship with the latest version of the OS. Well, let's hope that the company rolls out an update soon. Since XOLO hasn't made significant changes to stock ROM, the interface feels similar to what we've seen on the Nexus devices. Swiping across homescreens is mostly smooth. However, I found the same company’s MediaTek chipset based Q1000 to be slightly zippier than this Tegra 3 device (in non-gaming scenario). This could be due to the fact that the NVIDIA’s chipset utilizes a 5th power saving core to perform light tasks to conserve battery. Probably because of the same reason, there was unusual variation in its AnTuTu scores. The test results gave numbers in the range of 8000 – 12600. 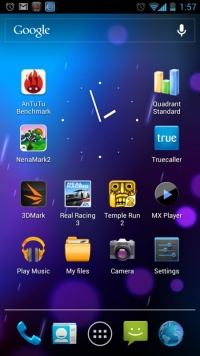 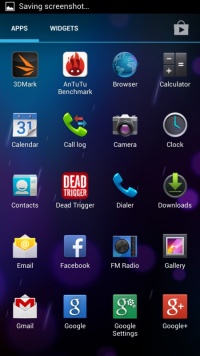 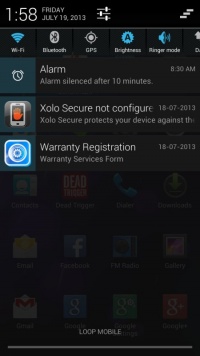 Similar to the Q700, the T1000 comes with a few in-house apps including XOLO Secure, XOLO Switch, and XOLO Care. Moving on to web surfing, the default browser is quite zippy. It supports multiple tabs and an option to save websites for offline reading. And of course, you can download truckload of apps from Google Play Store.

Gaming Performance
With casual games, it’s hard to make out the performance difference between the T1000 and its competitors. But, the moment you fire up complex 3D games, the Tegra 3 chipset blows the MediaTek’s quad-core SOC out of the water. For starters, this is the only budget phone capable of handling the GPU intensive Real Racing 3. True, the frame-rate isn’t comparable to that of the iPhone 5 and the GALAXY S4, but most people will find it perfectly playable. The Tegra 3 chipset does an excellent job at rendering water and particle effects in the popular FPS, Dead Trigger. Moreover, the in-game physics and ragdoll effects also look more realistic. You can easily find more Tegra optimized games via the NVIDIA TegraZone. I found that the phone tends to heat-up slightly during gaming. Not a big issue, but will probably manage to annoy some users. Click here to check the device's gaming performance. Multimedia
The XOLO Play ships with a the default Android music player. It's simple, easy to use, and comes with equalizer settings. When bundled with good pair of earphones, the phone can deliver very good sound output. And you better buy some good after-market IEMs, as the bundled ones are disappointing. Coming to the subject of video playback, the phone had no trouble handling 1080p MP4 videos. MKV files aren't supported out-of-the-box, but can be played using third-party apps such as MXPlayer.

Camera
The phone comes with an 8 megapixel auto-focus camera with LED flash. As usual, the camera offers quite a few settings including white balance and exposure. There are three scene modes — Auto, Night, and Sunset. The resulting images are quite good. You get natural colours and reasonable amount of detail. The only annoyance here is the over-sharpening introduced by the post processing, which result in jagged edges at few spots. Click here, to check out the untouched sample. According to XOLO, the phone comes with BSI sensor, but the low-light performance is nothing to write home about. The photographs turn out to be very grainy and there's hardly any detail.

Moving on to video recording capabilities, the handset can record 1080p videos. The clips are saved in 3GP format. Similar to the still images, the videos lack detail.

Telephony And Messaging
Unlike most domestic Android phones, the XOLO Play T1000 only supports a single-SIM, which is a relief for those who are not very fond of managing multiple SIMs. I found no issues with the handset's network reception, but the voice quality was a bit harsh. Coming to the subject of messaging, XOLO has spruced up the onboard keyboard. It's responsive, and comes pre-installed with Swype feature. 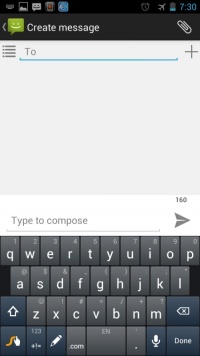 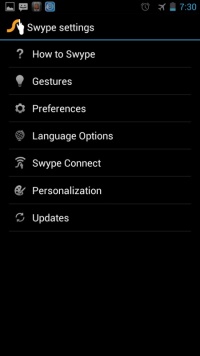 Battery
The 2000 mAh battery easily lasts for more than a day with standard usage. In our video loop test, it managed to power the device for almost 5 hours. Otherwise, with normal usage including some light gaming, the phone lasted over a day. This is fairly good for Android standards.

Verdict
The XOLO Play's USP is gaming, and it does very well in that area. It's a good all-round smartphone even when you are not gaming. The NVIDIA Tegra 3 may not be the latest chipset in the market, but it let's you enjoy all the latest Android games, and at a good price point. The other phone to pack in the same chipset is the HTC One X that costs around Rs 25,000. If gaming tops your list of priorities, the Play T1000 is definitely for you. However, if you're not much into gaming, you can save a few thousand rupees and pick up the LAVA Iris 504Q instead.