An affordable Quad-core Android smartphone with a 720p screen and 8MP camera. Zen mobiles, a domestic brand founded in 2009, has rolled out its first quad-core handset Ultrafone 701HD to take on the popular Micromax Canvas 116 HD. Going with the latest fad of oversized phones, Zen has opted for a 5" screen. The company has covered essentials such as an 8 megapixel camera, Wi-Fi, Bluetooth 4.0, and A-GPS. The phone specifications undoubtedly look impressive on paper, but let's find out if these numbers tranform into solid performance.

Design And Build
Like any other budget 5-incher, the Ultrafone has a plastic body with rounded corners. The device is quite thick compared to the likes of the LAVA's 504Q. Another design element I didn't like is the the protruding camera lens. The phone isn't ideal for single handed usage, but at least the back cover has a matte finish, which improves the grip to a certain extent. Zen has generously thrown in two extra back panels, one with an attached flip-cover. The company has chosen capacitive keys over the on-screen buttons for navigation. The lock/power button is on the left side, while the volume rocker sits on the opposite side. A 3.5 mm jack and micro-USB are placed on the top side. The materials used for the phone's construction are good. During my week's usage, it withstood a couple of drops. Overall, there's nothing to write home about in the design department, but the build quality is quite good. Screen
The Ultrafone 701HD packs in 5" IPS screen with pixel dimensions of 1280x720. The display is bright, and the viewing angles are decent. However, compared to the other IPS panels, the contrast isn't up to the mark. The screen gets smudgy in no time, and is reflective as well. Moreover, its sunlight legibility is disappointing.

Key Specs
The phone runs Android Jelly Bean 4.2.1 and is powered by a quad-core MediaTek MT6589 chipset clocked at 1.2 Ghz. The gaming is taken care of by the PowerVR SGX 544MP CPU. The GSM handset supports dual-SIM, of which one supports 3G. Photography is handled by an 8 MP rear snapper with BSI sensor and LED flash, while a 3.2 MP front camera will help you with video-calling and self-portraits, of course. Moreover, you get 1 GB of RAM, Wi-Fi, Bluetooth, 3G, and 2000 mAh battery. The phone comes with 4 GB of internal storage, of which only 1.7 GB is user accessible. Thankfully, the phone packs in a microSD card slot. More tech specs are at the end of this review.

UI And Apps
Zen hasn't made many changes to stock Android (version 4.2.1). The interface is almost similar to what we've seen on the Nexus devices. Swiping acrosss homescreens is mostly smooth. It does slow down a bit occasionally, but that's fine considering the phone's price tag. Apart from the Google Play Store access, the phone ships with Zen Store that contains a list of select Android apps. Moreover, there's Zen Update Center for over-the-air firmware updates. The Mediatek SOC does a great job at handling casual games including Temple Run 2 and Angry Birds: Star Wars. You can also play GPU intensive games such as Dead Trigger, but don't expect them to run very smooth. For browsing, the phone comes preinstalled with Chrome along with the default browser. Out of these two, I found Chrome to be slightly better when it comes to page rendering speeds. In AnTuTu, the device scores 12994, which is slightly less than the Nexus 10, and very similar to the Xolo Q700 phone we reviewed recently. Needless to say, it's quite good for a sub-12k phone. 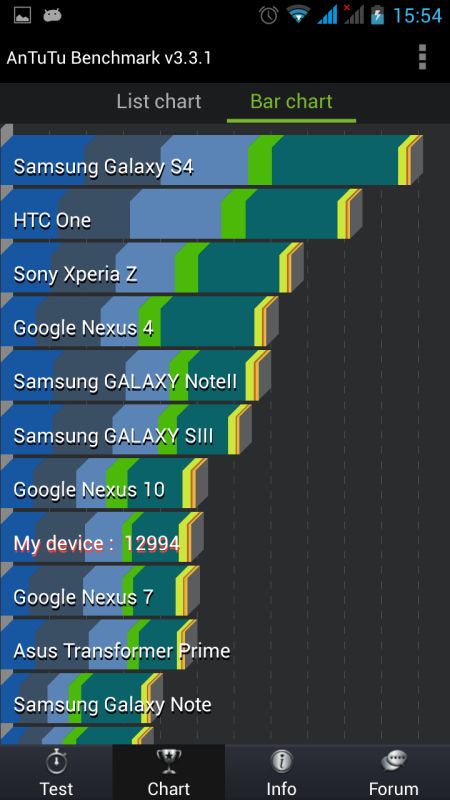 Multimedia
The default music player's interface is quite basic, but easy to use. Equaliser settings and surround sound enhancements are covered. The sound quality is just about average with bundled IEMs. When tested with Sony MDR-EX100LP earphones though, the phone sounded much better. So if plan to frequently listen to music on this phone, it's advisable to pick up a decent pair of earphones. Coming to the subject of video playback, the phone had no trouble handling full-HD MP4 videos. MKV files aren't supported out-of-the-box, but a third-party app such as MXPlayer can take care of that. 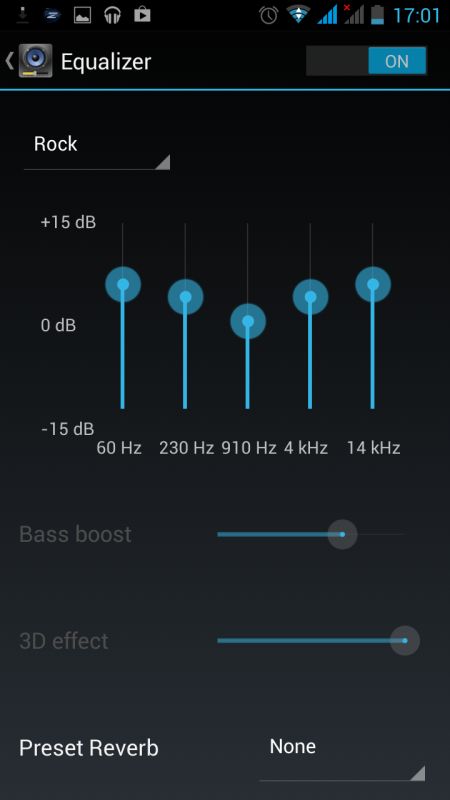 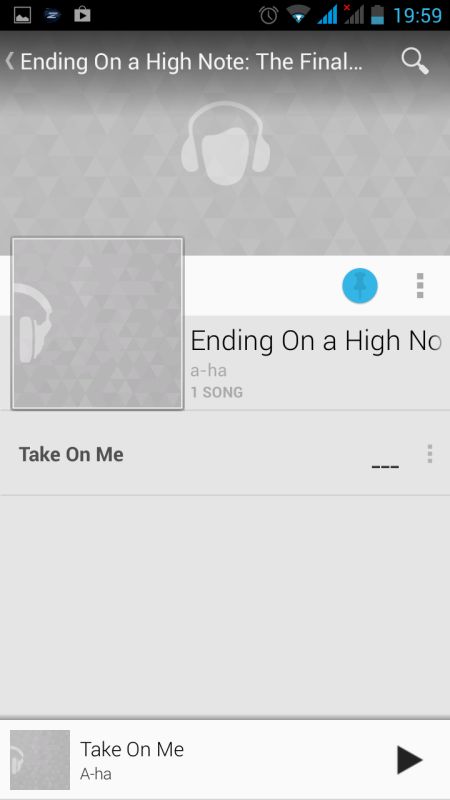 Camera
The rear 8 megapixel auto focus camera has usual set of features such as face detection, geolocation tagging, ISO, and exposure settings. Then there are different camera modes including Normal, face beauty, HDR, panorama, and multi-angle. The resulting images contain reasonable amount of details as long as the light is good. What I liked more is that the colours look natural. Click here to view the camera sample. Though the phone claims to have a BSI sensor, its low-light photography is quite disappointing. The Ultrfone 701HD can record 1080p videos. The resulting 3GP clips are fine, but I wish the company had gone with MP4 format as it's supported by most media players. Overall, compared to the similarly priced phones, this one has a good snapper.

Telephony And Messaging
Like any other dual-SIM phone, the Ultrfone 701HD features elaborate SIM management menu. After using it for a week, I found no issues with the handset's network reception or call quality. On the messaging front, the on-screen keyboard is quite responsive. But yes, that weird smiley found in the P51 and XOLO Q700 is present here too!

Battery
The smartphone's 2000 mAh Li-ion battery lasts for more than a day with normal usage. In our video loop test, it managed to power the device for almost 5 hours. That's quite decent for a 5" Android phone with a HD screen.

Verdict
The Zen Ultrafone 701HD is priced at Rs 13,000, but can be bought for around Rs 11,900 in stores. For that price, the phone offers quite pleasant Android Jelly Bean experience. The camera and build quality are also good. On the flipside, the screen, which is one of the most important aspect of a smartphone, isn't as appealing for 720p display. Moreover, the design could have been a lot better. If you are looking for an inexpensive quad-core Android phone with a good camera, the Zen Ultrafone 701HD is a pretty decent option. But if screen quality and aesthetics matter to you, then the Lava Iris 504Q is a better alternative. Watch out for its review next week.