The LG-made Nexus 4 gets the boot. 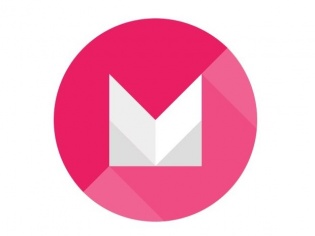 Now that Apple is done with its launch of iOS 9 and users are done complaining about how buggy the experience is, it is time for a new platform and a new OS to rant about. Yes, Google is expected to roll out Android Marshmallow to its Nexus devices starting on the 5th of October.

While we are just a few hours away from Google’s Android Marshmallow announcement, news comes from a source other than Telus, where Android Authority claims that the roll out is confirmed for a date as early as the 5th of October.

Google will also announce new smartphones like the Nexus 5X(LG) and the Nexus 6P (Huawei) with Android 6.0 out of the box. So it makes sense to believe that those new devices will hit the market soon and hopefully, before Google outs Android 6.0.

But the new smartphones will barely get any time in the limelight because Google’s software roll out for older Nexus devices begins pretty early this time.

Coming to the devices, the list of supported ones with include, the Nexus 5, the Nexus 6, Nexus 7, Nexus 9 and the Nexus Player. Yes, Nexus 4 owners will finally have a reason to ditch their smartphones this year since the update will not be available for them along with the Nexus 7 (2012) and the Nexus 10 (Samsung).

But this is Android, so one can expect unofficial ports to show up sooner or later, so don’t fret just yet.

For now, issues more important than device support are bugs and as far as we know Google has seen its fair share of vulnerabilities this year. So let's keep our fingers crossed for a smooth launch and an even smoother Android 6.0 experience.

As for the rest of Android’s non-Nexus user base, the waiting game begins.