Home » Mobiles » What To Expect From Google’s September 29 Announcement

What To Expect From Google’s September 29 Announcement | TechTree.com

What To Expect From Google’s September 29 Announcement Every year Google releases a new Nexus smartphone. And every year (especially the last one), Google most certainly, never fails to surprise us with their new and bold designs. While the Nexus 6 was proof that Google could come up with a 6 inch smartphone, this year’s Nexus smartphones may actually be a big change in terms of hardware standards.

This year however, is pretty similar when compared to the year the Nexus 5 was launched. Why? Well, we have plenty of rumours, leaks and pretty much every detail about these smartphones is already out. Also, just out yesterday was the first image of the new Chromecast 2.

This is expected to be LG’s next best seller and the same can be said for Google. Indeed this appears to be next Nexus 5 in terms of sales and so it will also be the smaller one of the two Nexus smartphones. By ‘best seller’ we mean it should also cost less, meaning that LG-made Nexus 5 (2015) or 5X will be a plastic clad beast.

We can clearly observe the same from the leaked images and plastic will obviously help bring down the cost of manufacturing as well. Nexus 5 users will indeed be very happy to upgrade to the Nexus 5 (2015) more so because the hardware gets an upgrade as well. On the front we will have a 5.2 inch display which is expected to be a Quad HD one. However do not expect the same to be as good as the Quantum display on the LG G4.

Inside, we can expect a hexa-core Qualcomm Snapdragon 808 keeping in line with the LG G4 equipped with 3 GB of RAM

As for the rest of the details, we do know that there is a fingerprint reader on the back along with a USB Type C connector at the bottom.

Battery capacity is expected to be at the 2700 mAh mark (which is again a disappointment) however, with the hexa-core set up (vs the older quad core one) we can expect the battery life to be slightly better.

Lastly, expect a run-of-the-mill 13 MP camera on the back with the now standard laser assisted auto focus.

Clearly, the successor to last year’s Motorola-made Nexus 6, the new Nexus 6 will fill in those shoes, but with some added polish and class.

From the leaked images and details we have so far, this will indeed be the more expensive handset in the lot. And last year’s Nexus 6 product defects may have led to Google choosing Huawei instead to build its phablet. 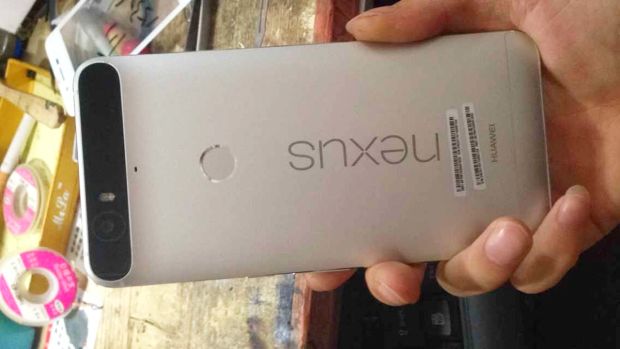 The display however has grown smaller (and this is a good thing) down to 5.7 inches. Expect it to be a QHD one with a Qualcomm Snapdragon 810. According to some leakers it could even be the hotly-anticipated Snapdragon 820 if Google wants to steer clear of the 810’s bad reputation.

Coming to the polish and class, the handset is expected to be made out of metal and sports an abnormal camera bump on the back, meaning that Huawei may have something special hiding behind that camera bump. Let’s hope it is as good, if not better than the one on its Honor 6 Plus (dual lens).

Both Nexus smartphones will be trendsetters in way. They will be the first Nexus devices to sport the new USB Type C port (that manufacturers have begun to follow) and also make the fingerprint sensor a standard, at least on mid-range devices and flagships.

Google’s next operating system will not be a highlight of the event, but will certainly be the most expected announcement for Android fans who have already invested in a flagship device this year.

The big update is expected to bring vast improvements but what many will begin to calculate post the announcement of the release date, is how long it will take manufacturers to deliver the promised updates to their respective branded flagships.

The second update to the hugely successful Chromecast will come with a new design (as seen from a leaked image) and include some upgrades as well. The first Chromecast literally breathed life into non smart TVs. The new one is not expected to be path-breaking, but is said to go big on features with content suggestions.

An accessory that works along with Chromecast 2, Chromecast Audio is pitted to be a small 3.5 mm audio jack-like device, which is expected to cast audio. Codenamed ‘Hendrix’, Chromecast may be able to power multiple audio equipment (speakers) simultaneously.

All-in-all it is going to be an event focussed on devices, and Android fans will be excited to see the replacement of the much-loved Nexus 5 (2015) and its new elder sibling the Nexus 6 (2015).