Along with Vibe S1, Lenovo has launched other 2 smartphones and a few tablets at the IFA 2015 Tech Expo in Berlin. At the recent IFA 2015 in Berlin, Chinese tech giant Lenovo has launched a smartphone with world's first dual front camera.

Dubbed as the Lenovo Vibe S1, the smartphone features a 5 inch full HD display and runs on Android 5.0 Lollipop.

The other specs include the 64 bit octa core MediaTek MT6752 processor, 3 GB RAM along with 32 GB internal storage which can be expanded upto 128 GB via microSD card.

While the smartphone's exact price details are yet to be known, we expect it be in the sub Rs 20,000 price range. Also, the Vibe S1 is expected to be available in many countries including India from November.

Coming to the USP of the smartphone, the Lenovo Vibe S1 has a dual front camera setup with 8 MP and 2 MP resolution. While the 8 MP snapper captures the image, the 2 MP sensor adds the depth of field effect which in turn blurs the background of the image.

Though we may have already been familiar with such a setup, it is important to note that this was only seen in rear cameras of some recent smartphones.

Adding more on the front camera setup, Lenovo claims that the selfie captured using both the front snappers can be later modified by selecting from the built-in photo editing tools. 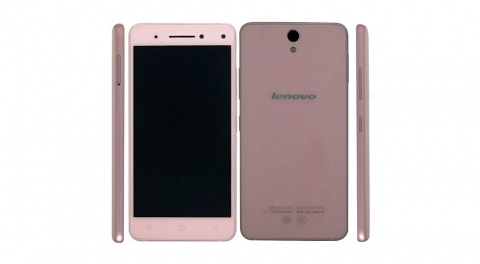 The smartphone camera comes with 'Cut Out' feature which allows to crop out people from the selfie and place them on any other image.

While we see a new innovation in the front camera setup, the rear camera seems to be a pretty standard one with a 13 MP sensor with dual tone flash.

Speaking about the other details of the smartphone, it comes with a 2,500 mAh battery and supports 4G connectivity.

The Lenovo Vibe S1 will be available in Pearl White and Midnight Blue colour options.

Along with this, Lenovo has also launched Vibe P1 and P1m smartphones at IFA Berlin 2015, both with huge batteries - 5,000 mAh and 4,000 mAh respectively.

On the other hard, the Vibe P1m is known to be lighter variant of the Vibe P1 with 5 inch HD Display, 2 GB RAM, 64 bit quad core MediaTek processor and 16 GB internal storage.