More OnePlus 2 Invites To Roll Out In The Coming Weekend | TechTree.com

More OnePlus 2 Invites To Roll Out In The Coming Weekend

Seems like the invite system's backlash is leading to dropped sales. 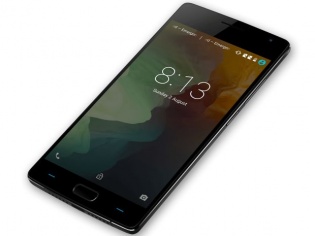 OnePlus co-founder Carl Pei took to twitter yesterday to bring order to the chaos that has been driving OnePlus fans crazy. The young co-founder announced that the Chinese smartphone brand would be pushing out more invites (next weekend) to keep up with the rising demand of its OnePlus 2 smartphones.

It is cutthroat competition indeed. No, we are not talking about the smartphone market, but the OnePlus 2’s invite system. We had reviewed the system a while ago and concluded that it was a bloodbath to get to the top end, forget about securing an invite.

Carl Pei also mentioned that OnePlus was set back by a whole month so far, which is why it is planning an aggressive roll-out of invites in the coming week.

Seems like OnePlus 2 is the smartphone that many want, but few can have. But unlike the OnePlus One, the hype train has landed and the realisation has set in; one that even OnePlus’ brilliant marketing team cannot defend at this moment.

Many users are switching to other options like the Samsung Galaxy Note5 and the S6 edge+, since the older OnePlus One is not exactly a flagship killer today.

OnePlus’s invite system is a mess indeed and thanks to Jake Cooper’s hack, many had been trying to jump the queue to get to the top (OnePlus has clearly figured out the exploit by now).

This also means that those who have worked their way to the top, will be pushed down the list, if they stop campaigning for OnePlus (by sharing on social media and getting clicks to their invite URL). While many may call it exclusive, we think it’s too much of effort to buy a smartphone (OnePlus isn’t giving them out for free for all your campaigning).

[Related: All You Need To Know About The OnePlus 2's Cuthroat Invite System]