All You Need To Know About The OnePlus 2&#039;s Cuthroat Invite System | TechTree.com

What may be brutal for some, may be a cakewalk for others. 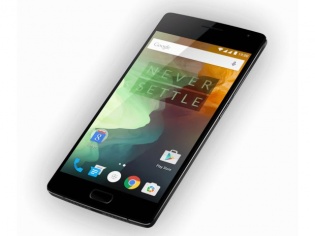 Well the OnePlus 2 is finally up on sale. The OnePlus forums have now made it official that the OnePlus 2 went on sale in India at 4:00 PM IST. So can you buy one from Amazon? Yes you can. Provided you have an invite.

Invites are what may make the OnePlus 2 exclusive and happening to some, while others may simply ignore the smartphone altogether because it is playing hard to get.

While Carl Pei may keep propagating that it is all about the balance of demand versus supply, to us its more about marketing than anything else. And while OnePlus’s marketing teams may not have much to brag about this year, their smartphone offering does offer awesome hardware (chipset et al) that other manufacturers simply cannot. It is still, a steal of deal to be frank.

And since OnePlus has convinced millions (there’s more than 3 million interested buyers on their reservation list) the waiting game also gets longer.

That brings us to the most important word in the OnePlus ecosystem ‘Invites’.

There has already been plenty of bloodshed on the forums after OnePlus made it pretty clear as to who gets prioritised over who.

But there are plenty of problems with its invite system as well.

But lets start with the basics of the OnePlus invite:

1. You cannot buy a OnePlus 2 invite.

2. If you know a OnePlus 2 owner, he/she has the authority to send out an invite to you. These owners have been hand picked by OnePlus for their loyalty to the brand (probably early supporters or active members on the forums).

Basically, once you become a OnePlus 2 owner, you get to play god with your fellow fans because you can now give out or sell invites. But even this comes with a 2 week time limit.

3. You can only win an invite as an outsider by participating in OnePlus’ online activities and contests

You have to register on the OnePlus website for an invite and then you get to stand in queue with about 3 million other people.

Sounds easy? No its not.

In fact the invite system may be the core reason why OnePlus may have lost so many customers since the OnePlus One. But lets leave the balance between the lost customers and customer gained because of the invite hype, to the marketing team shall we?

Apart from the lengthy Reservation list, there are a couple of clauses about the invites as well:

For beginners you will need to teach your inbox not to push it to the spam folder. Why is this important?

That comes to the second problem with an invite, it is only active for 48 hours. So if you have been sent an invite and you forgot to check your inbox over the weekend, you will have register for a fresh one and begin your way at the end of the queue again.

Considering that OnePlus is usually low on stocks, you can expect your turn to arrive months later when the new shipment shows up and after your name has travelled the expanse of the OnePlus reservation list (more on this later).

If you still do care about a company that treats its customers like OnePlus does, you can bump up your number, by promoting your special invite link elsewhere.

Basically you spam the crap out of your friends via email and social media to get them to click on your link. OnePlus will then thank you for all your promotional efforts by rewarding you with a... No its not an invite, they just push your reservation number for an invite a few notches up!

In something that I discovered online, a developer even managed to jump up the invite list not once but twice, with simple python hacks. Jake Cooper went from reservation number 9000 down to 70,000 (thanks to the promotional efforts by others on that list, which pushed his number lower down the list).

He took things in his own hands and started sending out email via mailinator.com and actually managed to bring his number back up to 50,000. But it was an uphill battle, so he decided to use python and make code out of it resulting in number 1694!!!

Frankly speaking, for those of you who have better things to do, we would suggest you do not give in to the #hypetrain and either wait for the OnePlus 2 to go on an open sale by next year (hopefully). Or you can just step into a physical store or online, and buy a true flagship from a known smartphone brand like Motorola or Samsung instead. Don't worry you will not be settling for anything less.