Confirmed: Nokia’s N1 Tablet Will Launch In China On January 7

All we can wait for right now are the dates regarding the device’s global availability. 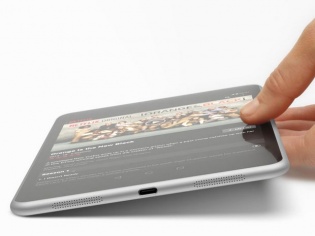 Yes, the launch date of Nokia’s second shot at the mobile devices market is finally confirmed for the 7th of January 2015.  An image posted on a social networking website seems to have confirmed the news and there’s a lot more happening as well.

The Nokia N1 tablet will be launched in China on the above mentioned date, while Nokia has begun promoting the same via events and contests in country. Promotions include a contest that will give 24 lucky winners a chance to own the device while about 800 tickets and 6 VIP passes for the launch event will be given out as well.

The N1 will be the Finnish company’s first Android-powered tablet that runs Nokia’s Z launcher but is powered by Android inside. As for the specs, they are pretty similar to the Jolla Tablet with a few modifications under the hood:

All we can wait for right now is the launch of the N1 tablet in India, as the price certainly seems right and coming from Nokia, we can bank on them when it comes to its construction as well. The tablet is expected to retail at around Rs 16,000 (sans taxes) when launched in China.