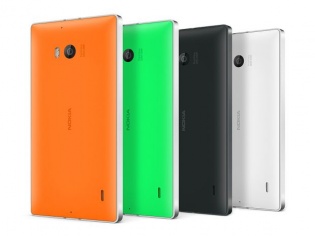 Its been a long wait for fans of the Lumia 930, and after reaching the entire planet, Microsoft has finally delivered the smartphone here in India. Yes, the Lumia 930 that was announced back in April has now made its way to store shelves here in India for a price tag of Rs 38,649.

Indeed, the wait does seem longer and that is because we got our first glimpse of the Lumia 930 in the form of the Lumia Icon which reached the US back in February this year.

As for the handset, since it has been in the market for long, it certainly needs no introduction. The Qualcomm Snapdragon 800 that dwells inside is a little outdated even for the Windows Phone platform; thanks to the HTC One (M8) for Windows that was announced recently. Still then Windows Phone running on better hardware may not necessarily make a big difference except for the multi-tasking bit. As for the display, it is certainly the best that Windows Phone has to offer with a Full HD (1920 x1080), ClearBlack AMOLED display with a mind-boggling pixel density of 441 ppi. On the back sits a primary 20 MP PureView camera unit with a bright f/2.4 lens and Optical Image Stabilisation accompanied by a dual tone, dual LED flash.

The smartphone could not launch at a better time of the year as Microsoft has pushed out a couple of offers to make your Lumia buying experience even better. The company has announced an assured cashback of Rs 1001 on the Lumia 530 & Rs 1501 for the Lumia 630 single SIM and Dual Sim. When it comes to the premium range, users stand a chance to get 100% cash back on purchase of a Lumia 730, Lumia 830, Lumia 930 and even older Lumia devices such as the Lumia 1020, Lumia1520 Lumia 1320 and the Lumia 925.

So if you are in for buying a Lumia device this Diwali, there indeed could not be a better time than this.