Samsung seems to be working hard to get a number of developers to create third-party software for its products. 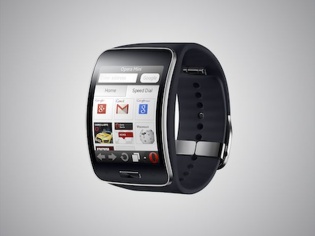 Samsung for once actually seems to be keeping up to its promises in terms of providing third-party apps for its unique products. The Gear S was clearly a unique device in the smartwatch world and did not run on the Android Wear platform, but on Samsung’s own Tizen-based OS. While Samsung has always promised 3rd party apps from developers, the company never really delivered no matter what product they had in hand. Well, in case of Samsung’s Gear S, things are indeed changing for the good.

This time around Samsung has joined hands with Opera and has now announced Opera Mini for the Gear S. Yes, you will be able to browse the web with ease on your watch (when it is available) and it even includes some finger-friendly navigation features as well (spy watches all of a sudden seem obsolete). The Smart Page feature gives users the ability to check out social updates right on their smartwatches, while the legendary Speed Dial buttons are larger to help users get to their favourite websites quicker. Then there is the horizontal swiping to help your navigate through web pages as well. Samsung had recently announced that it was joining hands with Nokia for HERE Maps and while there is an Android app (for Samsung smartphones only) in the works, they were quick to announce that there would be a HERE for Gear app launched for the Gear S Smartwatch as well.