While the Desire 816G will be available in October, the 820 and 820q will reach India by November. 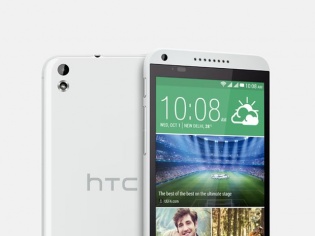 HTC with a lot of fanfare, announced a slew of Desire smartphones for the Indian market today. Clearly the company had a lot more to show off at the unveiling as it announced not just the Desire 820 that was unveiled at the IFA, but also the cheaper 820q along with a cheaper variant of the Desire 816 as well.

The Desire 816 was a great success in its range but was certainly a bit high on the pricing. So HTC today introduced the 816G Dual SIM that comes with some watered-down internals but looks exactly the same on the outside. Next up HTC Announced the octa-core Desire 820 and its cheaper quad-core sibling the 820q. The 820 as we all know by now includes the brand-new 64-bit processor from Qualcomm and takes thing up a notch by including an 8 MP selfie-oriented camera up-front. As for availability, the Desire 816G Dual SIM will be available starting October in Black, White, Red, Green and Purple for a price tag of Rs 18,990. While the official prices have not been revealed for Desire 820 and 820q, they will be available in November for around Rs 26,000.