HTC's "phablet" offers great performance, but is too big to lug around. Love it or hate it, "phablets" are here to stay. Due to the market demand, even design and ergonomics driven company Nokia released a couple of oversized phones. Rumour has it that Apple, who once ridiculed large phones, is also considering to jump on the "phablet" bandwagon. Little wonder then, the Taiwanese brand HTC doesn't want to be left behind. The Desire 816 is company's most affordable "phablet" to reach the Indian shores. However, with a sub-25k price tag, can it compete with the likes of Nexus 5 and Lumia 925?

Design and Build
HTC's mid and high end phones are known for their iconic twin front-facing speakers, and the Desire 816 is no exception. Overall, the phone borrows a lot of design elements from the One series. Being a mid-range device, it trades the HTC One's aluminium with plastic. Speaking of which, the matte plastic used on the front is of top quality. On the other hand, we didn't like the glossy finish on its back. Apart from being slippery, the rear plastic gets scratched very easily. After a week's usage, it has already started losing colour at a few spots. The Desire 816 doesn't feature a unibody (seamless design). But, the phone's back-panel cannot be removed. This means that the battery isn't user replaceable. The two SIM card slots are on the right hand side. A thing worth noting here is that the Desire 816 supports nano SIMs just like the iPhone 5s and Lumia 930. The Lock button and Volume Rocker sit on the left side. It's good that HTC has put the Lock button on sides as it would have been difficult to the top button. The biggest complain I have here is that the phone is unwieldy. So much that It doesn't properly fit in normal pockets. Display
The Desire 816 features a 5.5" HD Super LCD2 screen. That's enough pixels to produce sharp images and text. It's bright and colour reproduction is also quite good. However, it's no match for the AMOLED screens found on the similarly priced GALAXY S4 and Lumia 925. The company has not bothered to add the Gorilla Glass protection. Come on HTC, even the affordable phones such as the Lumia 630 feature Gorilla Glass 3.

Key Specifications
The device is powered by a Qualcomm Snapdragon 400 chipset clocked at 1.6 GHz. It has 1.5 GB of RAM, and there's Adreno 305 GPU to handle games. Other features include a 13 megapixel rear camera, 5 megapixel front-facing snapper, 8 GB internal storage, microSD card slot, and 2600 mAh battery.

Software
The Desire 816 ships with Android 4.4.2 Kitkat. Like any recent HTC phone, the 816 comes with the Sense UI. Aesthetically, it is the best Android customisation in the market. The icons look flat and simple. More importantly, the animations are minimalistic. The BlinkFeed is a noticeable feature, which brings all the latest updates from the world of technology, sports, and even your social networking account in neatly stacked tiles. 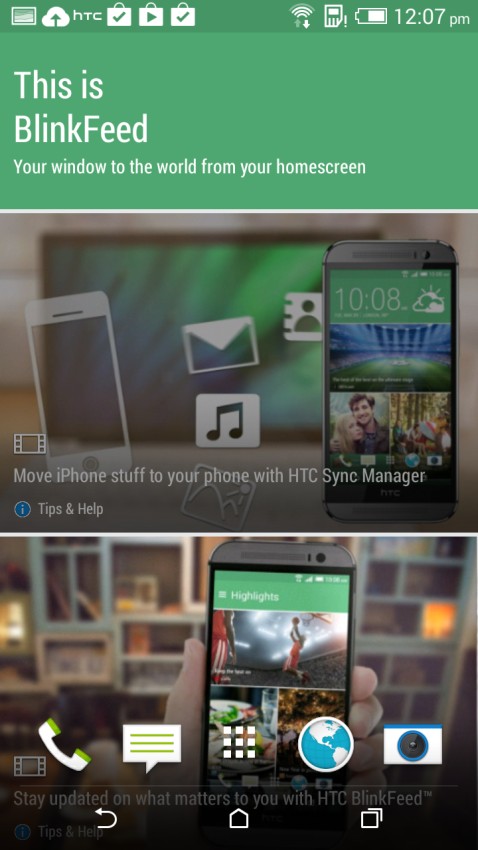 While most high-end Android phones stutter, the Desire 816 runs quite smooth on the Snapdragon 400 SoC. The credit goes to HTC's software optimisation. In multitasking too, the phone hardly showed any sign of a lag or slowdown. The Adreno 305 GPU runs most high-end games without a problem. However, just don't expect the 3D models to look spectacular as they do on the Nexus 5. Those interested in synthetic benchmarks can refer to our hands-on article.

Multimedia
The phone offers excellent sound quality. Then, there's BoomSound enhancement that increases bass in audio. HTC has also added a fancy visualise, but the equaliser settings are missing. There's no Beats Audio either. It's now owned by Apple, remember? The default video player has limited codec support. However, you can play almost any popular video format using MXPlayer and QQPlayer. The 5.5-inch display turns out to be great for watching movies. 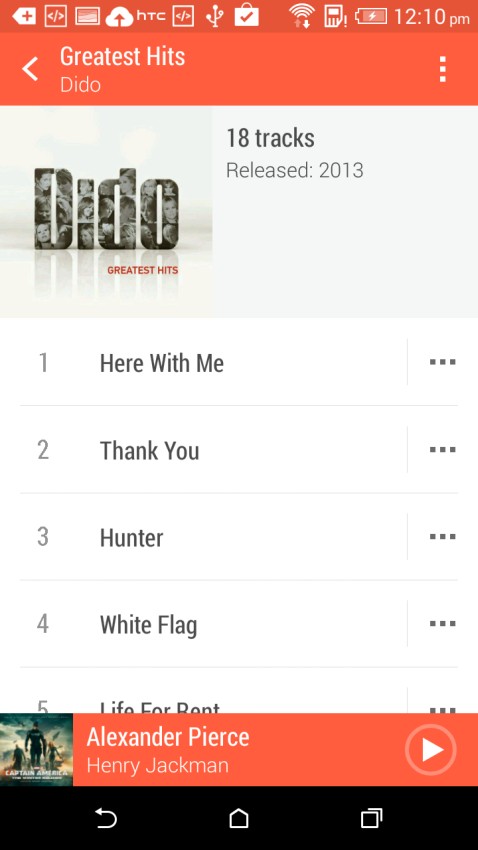 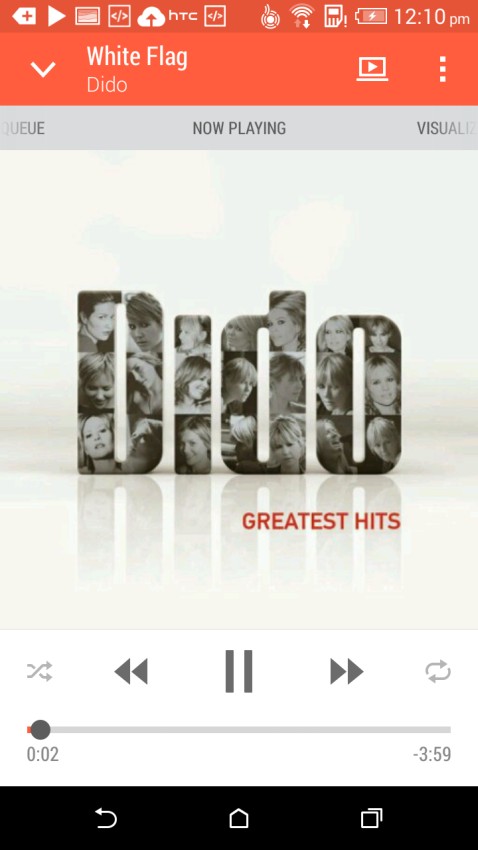 Camera
Instead of the much-hyped 4 Ultrapixel cameras, the Desire 816 packs in a 13 megapixel snapper. That, we think is the best decision HTC has made over the year. Despite being a mid-range device, the 816 produces great images. The quality is better than what the flagship One series offers. The images look sharp. Colours mostly turn out to be accurate. Click here for the image sample. Moving on to video recording, the Desire 816 captures 1080p quality clips at 30 fps. These videos contain plenty of details.

Phone And Messaging
As mentioned earlier, the phone comes with nano SIM cards. It features a detailed menu for managing SIM cards. The device's network reception and call quality are quite good. The on-screen keyboard is well designed. Moreover, you're unlikely to hit wrong keys on a 5.5-inch screen.

Battery
The Desire 816's 2600 mAh battery powers the device for over a day and half. In our 720 video loop test, it lasted for a little over 10 hours and 30 minutes. That's impressive for an Android phone with such a large screen.

Verdict
The HTC Desire 816 is priced at Rs 24,200. In this segment, the 816 competes with the Nexus 5 and Lumia 925. The phone's camera and multimedia performance are quite good. The display isn't great, but you get what you pay for. HTC is known for well built smartphones. However, the 816 doesn't live up to that reputation. What goes against this phone is its sheer size. Well, if you like huge phones, then go for it. It's undoubtedly one of the best sub-25k phablet from a reputed brand. But, if you're looking a 'phone, then the Nexus 5 and Lumia 925 are better options.