Home » Mobiles » Nexus X Gets Confirmed; So Does The Next Version Number Of Android

Nexus X Gets Confirmed; So Does The Next Version Number Of Android

Another benchmark result shows up online giving us a better look at the spec sheet of the upcoming Nexus smartphone. 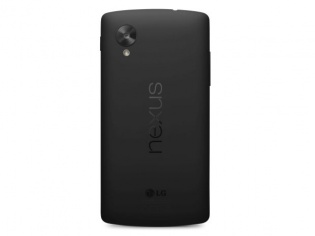 The last time we heard about the Nexus X (Motorola ‘Shamu’) was when it showed up on GFXBench, the graphics benchmarking tool for smartphones. The listing was openly available for the world to see and the device showed some impressive specs that are not as impressive when compared to the 64-bit HTC Desire 820. This time around the same device has now shown up in some AnTuTu screenshots online via a leaker and we get a better insight into its hardware specs along with the next version of Android that it will running.

As for the specs, they are indeed impressive: What the benchmark results also revealed is the version number of the next Android update from Google. Tagged as version 5.0 (since Android L is not the final name anyways) the build will certainly be a big jump for the platform and kind of deserves a version bump as well.

What is not that impressive about the Nexus X, are the benchmark scores that stand at 35,430, which if compared to the mid-range variant of the Meizu MX4 (52,811),  has a lot to catch up on.