The once-popular Yahoo Chat Rooms were also done away with earlier, in a bid to focus on users' current requirements. 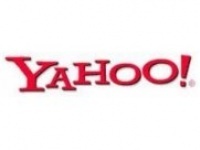 Yahoo stated in a blog post that it is going to terminate five more of its services, due to the company taking a "hard look" at products to ensure that they cater to users' current requirements. We are surprised though, with the extremely short notice period Yahoo! has given to users of these services; a few more weeks or months may have helped (admittedly few) users conduct a more orderly transition.

Ever since Marissa Mayer took over as CEO last year, Yahoo! has been making changes to its core offerings and even shutting down a few - might we say, in the footsteps of Google where she had quite a long stint. A couple of days ago, Yahoo released a "useful" weather app for Apple's iPhone, to give more priority to images and visual content on mobiles. Their homepage was also revamped, to be "More Social", and Optimised For Mobile Devices.

Starting from 30th April, services such as Yahoo Deals, Yahoo SMS Alerts, Yahoo Kids, Yahoo Mail/Messenger feature phone (J2ME) apps, along with the older version of Yahoo Mail (whose last date is 3rd June) are not going to be available. The killing of these services are a continuation of the company's "sharpening of focus" strategy which began with the termination of Yahoo's Blackberry application, Message Boards, Sports IQ, app search and the Avatar services, in March earlier this year. Also, in December last year, the internet company killed its "popular" chat rooms service.

In the current scenario, Yahoo has released a guideline for users of its services that will be terminated: