Home » News » The Future of Foldable Phones Just Got Bigger

The Future of Foldable Phones Just Got Bigger | TechTree.com

The Future of Foldable Phones Just Got Bigger

Foldable smartphones made for quite some time and Samsung broke the clutter last year and Motorola followed suit. The future will be about bigger screens The future of smartphones just folded up. When we laid our hands on the Samsung Galaxy Foldable some weeks ago, the first thought that came was who needs a tablet anymore?  And, if one were to go by what was on display at the CES 2020, the folded smartphone is here to stay and with considerable larger screens.

In case there are doubts about how popular these new phones could be, take a look at some numbers that Huawei boasts of since launching its own foldable around China last November. A report published on Android Central says the company is selling a whopping 100,000 of its Mate X since it hit the markets.

In fact, the article goes on speculate that an upgraded version of the Mate X could be launched at Barcelona next month at the Mobile World Congress event. It could be powered by a newer Kirin 990 5G chipset and may even support 65W charging speeds, the article claims adding that the new model could have a European launch as against the Mate X launching only in China.

Writing in CNET.com, Jessica Dolcourt says though the smartphones weren’t many at the CES 2020, they were informative of trends that could hold court for the coming decade. Of course, this isn’t surprising as most smartphone makers wait for the MWC to really showcase their smarts and this time it is being held between February 24-27.

The one thing that was abundantly clear from the recent developments is that foldable phones are going to be the flavor of the decade though exorbitant prices could be the first target of mobile phone makers. Currently, these phones are priced above $1500, which could start falling once companies shave off their R&D costs and other sundries from the costs. 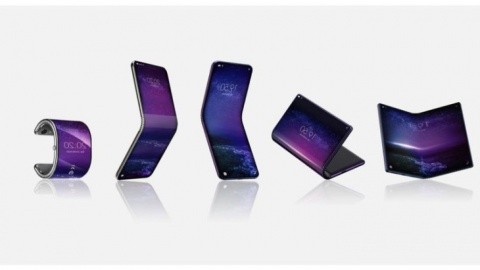 There are already signs that costs would come down, as evidenced by the TCL working prototype of a foldable phone that may cost less than what the Motorola Razr is pegged at. That the phone features a 7.2-inch display and comes with 5G suggests that the future may just see the demise of the tablet.

Speaking of which, the Razr appears all set to hit the markets after a couple of false starts. A post in GSMArena.com shows the foldable phone’s box being teased by the company. The General Manager of the mobile division of Lenovo China posted the photos on his personal Weibo page and the images suggest a product date of January 9, 2020.

In fact, if one were to go by what was on offer at CES 2020, there appears to be a slew of foldables waiting to unfold this year itself. From Lenovo to Intel and Dell were out there displaying folding screens that were way bigger than the original Galaxy Fold’s 7.3-inches. Which is why we believe that if companies can fix the foldable pixels, the tablets could well be a thing of the past, not to mention the future of the foldable PCs.

The foldables offer several benefits such as having a screen that folds into half or even smaller with most of the prototypes (barring the TCL) running Windows 10 with demo software created as a temporary replacement for Microsoft’s soon-to-release Windows 10X that is supposed to be made for dual screens.

Of course, there’s still a lot that manufacturers could add to the UX factor as expanding the app to the entire screen when a user opens the foldable and snaps it into place. Or maybe have two apps using the same window on a wider screen auto aligning when the user snaps the smartphone shut. These aren’t problems that device makers have to fix, because there is also the software that needs to adjust to the foldables and till date none appears ready.

Work has already started on these good-to-have features like Lenovo’s device showcased a mode-switcher that allows users to expand apps or split the screen into two. Even Intel came up with the Horseshoe Bend concept on its 17-inch screen. However, to make foldables really the gamechanger, the software needs to be made to order for them.