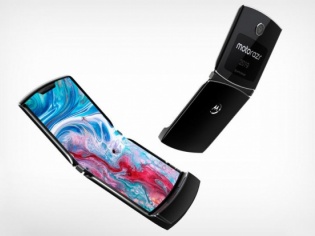 A recent research report suggested that barely ten per cent of the United States sought smart phones beyond the $1000 threshold. Now, Motorola claims that they are having to push the pre-order schedule for their foldable smartphone because of an anticipated spike in demand for device which is priced at a cool $1500.

The research by NPD blamed this trend for a possible slowdown in 5G adoption over the coming 12 months but Motorola seems to have a different problem on its hand. “Since its announcement in November, the new Motorola Razr has received unparalleled excitement and interest from consumers. Demand has been high, and as a result, has quickly outgrown supply predictions,” the company has said in a statement.

Does it mean that for some reason the company underestimated the demand for foldable smartphones, based possibly on the impact that the Samsung Galaxy Foldable received upon launch, in spite being quite a jazzy piece of hardware as we experienced during the short time that it was in our hands.

While postponing the pre-order dates, the parent company Lenovo said it does not anticipate a significant shift from the original timeline but didn’t give any specific dates, which makes one wonder about the real cause, given that the Moto Razr Flip phone’s predecessor from Samsung had experienced several design challenges that resulted in the launch being postponed by six months.

And the reason we say so is due to the fact that the press statement doesn’t mention how or when they did a market study to figure out that demand could outstrip supply in the early stages. Or is it that the company was planning to only release a very small number of devices in the early stages to test market but decided to up the ante following the Galaxy’s not-too-bad a show.

Or, the company is possibly looking to assess the market conditions once again, given that at the exorbitant price, it believes that the features aren’t really commensurate. The fact is that Moto Razr would be running an outdated Snapdragon 710 CPU and the phone’s features pale considerably on the batter and camera front compared to some of the more recent launches.

Would someone really spend $1,500 for a phone that is hardly in the same league as others from Chinese manufacturers just because they can slip it into the slimmest of jeans?

“Motorola has decided to adjust Razr's presale and launch timing to better meet consumer demand. We are working to determine the appropriate quantity and schedule to ensure that more consumers have access to Razr at launch. We do not anticipate a significant shift from our original availability timeline,” the statement says.

The Moto Razr Foldable which appeared at Los Angeles in November impressed experts who said the phone’s intricate hinges worked as well as the company had announced that it would, something that the Galaxy Foldable had to work really hard on. And there were also rumours that the company would be launching an upgraded version in 2020.

We wonder whether there would indeed be a 2019 version or whether Motorola would follow in Samsung’s footsteps to fix things for a New Year launch.