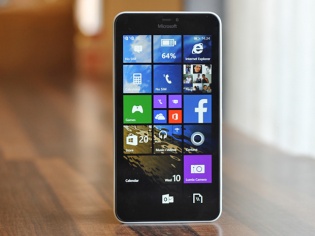 The first budget Windows phone "phablet" Lumia 1320 failed to attract the Android crowd that loves big screen handsets. Microsoft Mobile (earlier known as Nokia) is not giving up though. The name 640 XL doesn't sound as if it is in any way related to the 1320, but it is in fact the direct successor. Now that we know what we are dealing with, let's get cracking with the review.

Design
Lumia phones are known for its bold colours and quality materials. Under Microsoft's logo, things haven't changed much. The Lumia 640 XL comes in cyan, orange, black, and white. Buyers get to choose from the mix of matte and gloss finish. The polycarbonate feels premium compared to what most Android manufacturers offer. Like most Lumia phones, the 640 XL is sturdy. The handset does not creak or squeak at all. Being a "phablet", the Lumia 640 XL is not ideal for one-handed use.

The design is a mix of Lumia 1320 and 535. The phone has rounded corners. The back is curved and camera protrusion is apparent. Compaed to other Lumia devices, the 640 XL is an ugly duckling. It lacks the graceful industrial design we expect from the former Finnish handset maker. Screen
The Lumia 640 XL sports a 5.7" IPS screen with HD resolution. At this size, you get the pixel density of 259 ppi. It is no way sharp, but don't worry you are not going to see pixelation. Unless, you are looking for it.

As you would expect from an IPS panel, the screen's colour reproduction is good. Thanks to Microsoft's Clearblack technology, blacks look impressive for an LCD. Lastly, the screen is protected by Corning's Gorilla Glass 3. So that you don't have to worry about the scratches.

The device has 8 GB internal storage. MicroSD card slot can take up to 128 GB of additional storage.

The 640 XL is the cheapest Lumia to sport a 13 megapixel camera. Keeping up with the selfie fad, the phone is equipped with a 5 megapixel front-facing camera.

Other features include Wi-Fi, Bluetooth 4.0, GPS, and 3000 mAh battery. The unit we received has two SIM slots and 3G support.

Software
The 640 XL ships with Windows Phone 8.1 OS with Lumia Denim. The phone is eligible for Windows 10 update. The big changes are in the pipeline for the next iteration of the OS. For now though, the interface is a standard Windows Phone affair. 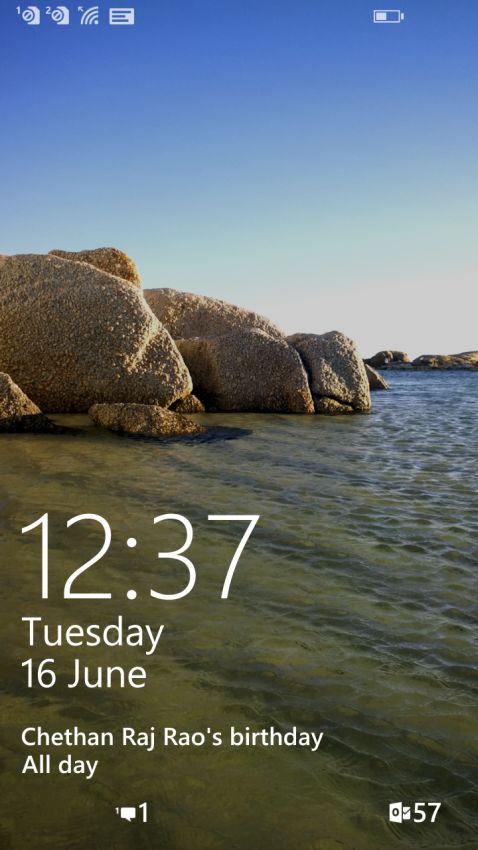 You get a tile-based interface that brings information you need right at your homescreen. Catching-up with Android, Microsoft's mobile OS now supports background picture and notification panel.

Existing WP users will appreciate a slightly better settings panel. Instead of a long scroll of options, the settings have now been grouped.

The phone lacks the capacitive buttons. The on-screen keys work just fine. In case you did not know, you can bring-up / hide these keys with a swipe gesture.

With Microsoft selling off MixRadio to Line Messenger, the software no longer works with existing Nokia accounts. You can't buy new subscriptions either. It's sad to see what has become of once a quality service. Thankfully, nothing has changed in terms of HERE maps (offline sat-nav), Office suite, and Lumia Beamer.

What we love about Windows Phone is its fluid UI. On the other hand, it is still lacking in terms of apps.

Multimedia
When it comes to the music quality, the Lumia 640 XL does not let you down. Considering its price bracket, the sound output is very good. Settings such as equalisers are covered.

The default player has improved. It supports Full HD MP4, WMV, and AVI files. For MKV videos you can use VLC player, but it still has some bugs. 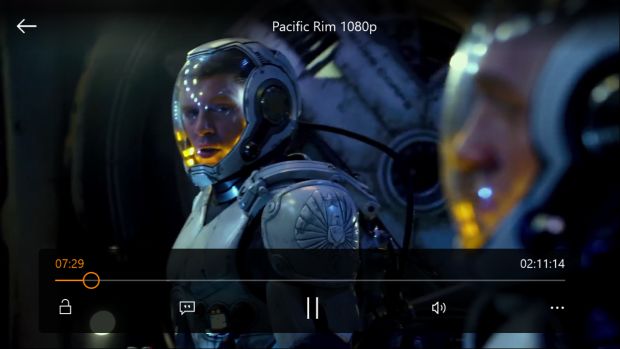 Microsoft claims that Backside-illuminated image sensor. The PureView moniker is missing, so good low-light shots are out of question.

The camera can record Full HD videos at 30 fps. The videos look crisp and the playback is smooth. However, the audio is only picked-up in mono.

Calling And Messaging
The dual-SIM handset supports 3G. Handsets network reception was great during my week's usage. Coming to the subject of messaging, Microsoft's keyboard is accurate.

Battery
The Lumia 640 XL packs-in 3000 mAh battery. With normal use, it repeatedly lasted me two days. Not many smartphones can pull-off such battery performance these days.

Verdict
Pegged at Rs 13,500, the Lumia 640 XL is a good option for big-screen aficionados. Its long battery life and snappy performance gives it an edge over competing Android phones. However, if you are an app freak, the Xiaomi Redmi Note 4G is a better option. Those with high regards for the screen quality should consider the Lumia 730 that comes with a brilliant OLED display.