A good handset that offers 4G on budget. The Redmi Note was an average phone from the fast growing Chinese brand Xiaomi. Despite packing-in an octa-core processor, the Redmi Note's user experience was anything but pleasant. Its sibling, the Redmi Note 4G comes with a Snapdragon chip that might address the performance issues. The device is also seen as Xiaomi's answer to the 4G LTE ready YU Yureka.

Design
The Redmi Note 4G looks exactly like the Redmi Note we reviewed a few weeks back. It's big, glossy, and not-so-light at 200 grams. This phone's arch-rival YU Yureka has almost the same footprint. Thanks to its matte finish and light weight though, Micromax's phone offers relatively better handling. Those accustomed to removing battery when the phone becomes unresponsive will be pleased to know that the Note 4G's back-panel is removable. As mentioned earlier, the Redmi Note 4G has a glossy body. Compared to that, YU Yureka's moonstone finish looks and feels better. Overall, although not quite a looker, the Note 4G is a well-built handset. Screen
The Note 4G's screen is similar to what we get on the dual-SIM 3G variant. You get a 5.5-inch IPS screen with HD resolution. The screen's colour reproduction is very good. The viewing angles are wide. The screen brighter than most similarly priced phones. Pitted against, Micromax's offering, the Note 4G clearly has an upper hand. Specifications
Besides the obvious 4G support, the biggest difference two Redmi Note variants is the chipset. The Note 4G is powered by the tried-and-tested The Redmi Qualcomm Snapdragon 400. The quad-core chip is powered at 1.6 GHz. The phone has 2 GB RAM and Adreno 305 GPU to handle gaming. In the photography department, you get a 13 megapixel camera. There's a 5 megapixel front-facing snapper for selfies. Other specs include 8 GB internal storage, microSD card slot, and 3100 mAh battery.

Software
The Note 4G ships with Android 4.4.2 Kitkat. With MIUI customisation layer though , it looks nothing like Google's version of Android. The Chinese company has tried to imitate Apple's software design by getting rid off the app menu. Although the MediaTek variant has eight cores, the quad-core Snapdragon performs way better than that. If you have used both the handsets, you will easily notice that the Note 4G scores better in terms of stability. Unlike the dual-SIM variant, it does not stutter while rendering the transition animations.

The handset does a good job in the gaming department. It runs most casual games perfectly. High-end games such as Real Racing 3 and Modern Combat 5 also run, but you have to limit settings to 'Medium' to get consistent frame-rate.

Multimedia
Coming straight to the point, the Redmi Note 4G produces quality sound. However, the output is quite low compared to most phones. Since the phone does not ship with earphones, I tested it with various IEMs from Sony, Cowon, and JBL. So maybe those with Xiaomi earphones will have a different story to tell. Moving onto video playback, the in-built player is capable. If want advanced options and controls, you can get a good third-party app such as MXPlayer and VLC. 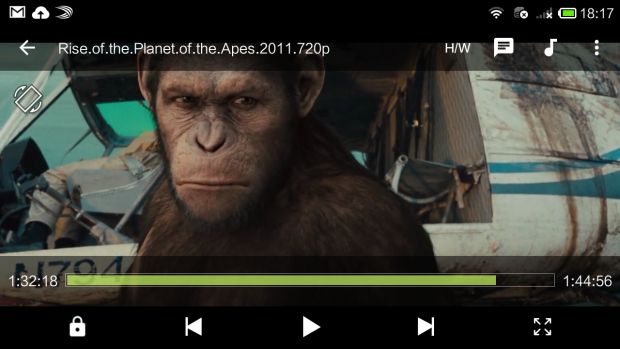 Camera
The 13 megapixel camera comes with an LED flash. The snapper captures decent amount of detail. It's the same sensor that's used in the dual-SIM variant, so the visual noise issue is also present here. Especially indoors, the images turn out to be very grainy. Click here for the camera sample.

Cellular
The handset comes with 4G support. Since there's no 4G network in Mumbai, I couldn't test this feature. On 3G network, signal reception was very good. Like every other Xiaomi phone, the phone does not offer SAR information, when you type in the *#07#.

Battery
The Redmi Note 4G packs in 3100 mAh battery. It holds enough juice to keep the device on for a day and half. That's quite good for a sub-10k phone.

Verdict
The Redmi Note 4G is good for those looking for a budget 4G handset. Thanks to its big HD display, the phone is ideal for content consumption. If you are confused between this and the MediaTek variant, go for the Qualcomm version. Moving onto the competition, I will choose Micromax's offering over the Redmi Note 4 as Cyanogen OS is better than MIUI. Another reason for choosing the YU Yureka is the fact that the Yureka is compliant India's TEC (Telecommunication Engineering Centre) guidelines.