Surpringly, iPhone wasn't the star of the show. Apple's yesterday's Keynote was special in many ways. Rather than only milking the products Steve Jobs had introduced, the current Apple CEO Tim Cook added a new product category to the company's portfolio. Interestingly, Cook also unveiled a "phablet" size iPhone that wouldn't have existed in Steve's reign. In addition to that, we got to see a significant design change in the iPhone design. The Keynote was swift and interesting. Now that the dust has settled, let's look back at the highlights of yesterday's event.

iPhone 6 (4.7-inch)
Apple's most successful product till date has got leaner and meaner. The flagship phone comes with a 4.7-inch with pixel dimensions of 1334x750. Dubbed as Retina HD display, it's an IPS panel that offers good colour reproduction and viewing angles. The phone comes with a spanking new A8 64-bit chipset along with the M8 motion coprocessor. The 8 megapixel camera features digital image stabilisation. A noteworthy addition is NFC, which Apple plans to use in its mobile payment solution called Apple Pay. On the software front, the iPhone 6 will ship with the latest iOS 8. For more technical details and pricing, check out this article. iPhone 6 Plus (5.5-inch)
Apple has been one of the very few tech companies that understand design and usability. It didn't produce bigger iPhones to retain the single-handed operation. Not anymore though, as Tim Cook showcased Apple's first oversized handset iPhone 6 Plus with a large 5.5-inch screen. This phone boasts of a Full HD screen (1920x1080 pixels). Rest of the features are similar to its 4.7-inch sibling. The only change worth mentioning here is that the 8 megapixel camera on the iPhone 6 Plus will offer Optical Image Stabilisation (OIS). For more coverage, head over to our iPhone 6 Plus announcement article. 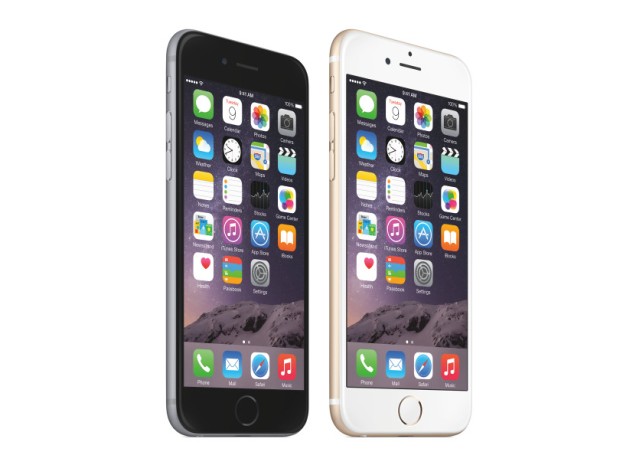 Apple Watch
The first pivotal Apple gadget that has been built under the leadership of Tim Cook took the show by storm. In addition to the touchscreen gesture controls, Apple offers a digital crown that let's you operate the smartwatch without obstructing the tiny display with your fingers. When connected to your iPhone, the Apple watch make/receive calls, push notifications, and read messages and emails. The gadget also incorporates most features found in fitness bands. For instance, it can measure your heart-rate and calorie burn. Apps such as Maps, Weather, Siri, and Photo gallery are come pre-loaded on this gadget. Expect more to follow once third-party developers lay their hands on the SDK (Software Development Kit). For details such as available sizes and versions of Apple's Watch, follow this link. Additionally, don't forget to sift through the Apple Watch image gallery.