Apple Unveils Its 4.7-Inch iPhone 6 With A Refined Design | TechTree.com

Apple Unveils Its 4.7-Inch iPhone 6 With A Refined Design

Had a lot more to unveil than we had expected. 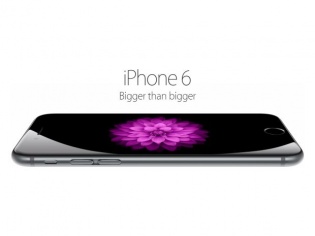 CEO Tim Cook took to the stage to announce the 4.7 inch version of the iPhone 6.

The handset falls in line with the innumerable leaks of the past and comes with a:

The new processor is supposed to be include 20% faster CPU processing power along with a 50% faster graphics prowess. As for the camera it now includes digital image stabilisation and is capable of recording  1080p videos at 30 fps or 60 fps and will record slow motion videos at 120 fps or 240 fps along with cinematic video stabilisation. The iPhone 6 will run iOS 8 out of the box and go on sale starting from the 19th of September for 199 USD, 299 USD and 399 USD for the 16 GB, 64 GB and 128 GB version (on a two-year contract) in the US. It will begin selling in another 115 countries by the end of the year. The company will also launch a range of silicon and leather cases to go with the newest member of the Apple family.