Great Gift Ideas for your Father from a Geeky Child. 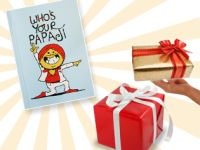 With Father's Day just around the corner, what is it that you'd gift your beloved father? Well, the best response would be to spend “quality time” with him — watch a cricket match, take him out to lunch/dinner, or just have a chat with him. But since we aren't that thoughtful, here are some 'not-so-less thoughtful' gadget gifts for your dad (and to show your support for the economy).

Did You Know?
Father's Day came about to complement Mother's day, which was spearheaded by American women in the early 1900's. The Americans resisted the holiday for many decades, perceiving it as an attempt by merchants to merely replicate the commercial success of Mother's Day. It was officially a part of the national holiday, when President Richard Nixon signed it into law in 1972. (Source Wikipedia)

As much as we love avoiding talking to our parents, ironically it makes one of the best presents for your dad. Why? He's obviously older, using an even older phone for as long as you can remember, and don't pretend he's not noticed your fancy new smartphone. 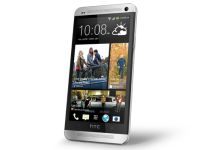 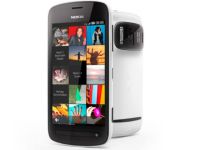 Price – Rs 16,500 (approx)
If you just don't care about the so-called latest and greatest, perhaps Nokia's PureView 808 with a 41 MP snapper will mightily impress him, with its DLSR-like quality. Plus its got 4" screen, can shoot video in 1080p, and is easily expandable 32 GB. The only downside — availability.

Not that Kind of Tablet

The only tablet that my Dad has ever cared about, is the one that comes out of our medicine cabinet. Yet he is quite Net savvy (at least where he wants to be) and loves checking out YouTube videos of long one gone Indian Classical Singers. If your dad isn't too far away from mine in his idiosyncrasies, a Tablet would be ideal for him. He'll have his own personal entertainment device which is light and convenient to use. Now to only teach him to use a touchscreen. 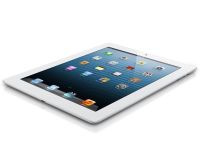 Price – Rs 40,000
The best that Apple has to offer in their new "Retina Display" line-up. It's got a stunningly-sharp display, FaceTime HD camera, and the latest iOS. Downside — Not as data sharing friendly as other devices on the planet.

Price – Rs 10,000
If you really don't fancy Apple, Android tablets should fit the bill quite well. It doesn't have call facility but comes with very capable specifications, a good 7" screen to boot, and has all the Android goodness built right into it.

Do you have stacks of books flooding your house everywhere, which your Dad is unwilling to let go of? If your father is a sentimental bookworm, who loves hanging on to his books from the 15th century, then Amazon Kindle in India is what you need. True prying his hands off the books with a gollum like grip is going to be difficult, but it sure will save you a lot of space and clutter... or there's always the mala (loft). 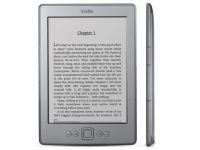 Price – Rs 6000
The fantastic e-book reader is like no other tablet-styled device, it has a screen that reads just like paper with no glare, even in bright sunlight, can hold thousands of books, and is lighter than a paperback book at 170 gms.

If your dad is the type who thinks a watch tan is a mark of manliness, it is time upgrade his hand tanner to something with a little more oomph! Enter the world of Smartwatches, they can not only show time, but also control your smartphone including showing social media updates. Unintentional side effect — Your father's going to end up looking perpetually bored and uninterested in the happenings around him, can't be too good for his sex life. 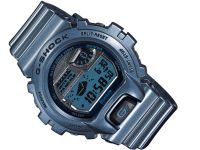 Price - Rs 10,000 (approx)
After years in incubation, Casio finally releases a G-Shock, which can tune in with your Smartphone. It alerts you when a call is coming, mails, calendar notifications, and of course Social Media networking too. It is even geriatric friendly, if your father's perpetually forgetting his phone, it will instantly alert you that you've wandered off too far. Only drawback — it's only for iPhone and is not readily available yet. 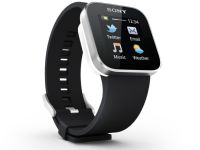 Price - Rs 6200
For those looking for a more accessible alternative, Sony may just fit the bill. It's a full-fledged touchscreen watch made to do pretty much what an Android smartphone can do, while acting as a phone remote. It's only drawback — its battery life sucks as much as that of an Android phone.

With old age comes old age groans, and your Dad isn't an exception with rising BP (because of your harkate [behaviour]) and erratic Blood-Glucose levels. Redeem yourself by gifting your ailing father a health checker that ends up saving money, time, and the last strand of hair on your father's balding head. 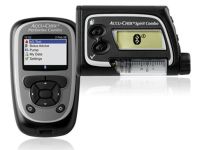 Price - NA
The double-benefit system is the most advanced medical system you can have, it has a complete Diabetes Management tool and a state-of-the-art system blood glucose meter with an insulin pump. It uses bluetooth to talk to each of its removal devices, fully customisable bolus calculator, and a helpful reminder/warning system. Of course, no use gifting your father all this technology if all he has is a singular problem (other than you driving him the wall), check out other health devices available at Accu-Check.

I Have Needs
While your father may be a father to you, he is also a man and...err...a lover. While we don't want to paint any grotesque images in your mind (opps, too late now!), it is something you might want to present him. A gift card from a kinky clothing shop, in a weird sort of way. 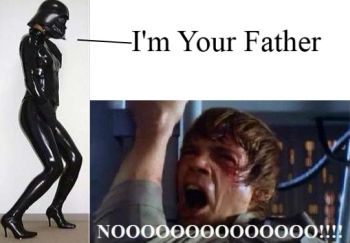 This is a first-of-its-kind naughty clothing site to tickle one's senses and much more. This e-commerce site has it all, sexy lingerie, roll play costumes, body jewellery (that barely cover the essentials), massage and bath items, and lubricants. While we cannot personally recommend anything from here (for obvious reasons of preference) and the fact that my editor is mostly likely to chop this section out. We just hope at the end of all this, you don't come home to a man dressed in kinky clothing in the living room!