Cool things to do with your phone or tablet after you reach a tourist spot! 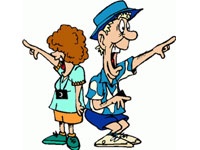 The summer is almost upon us. If you have your travel plans in place then you need to get your negotiation skills up. Vacation time (or "season time" as it is fondly called) brings the right mix of crowds, shopping, and spending a bit more on tourist guides who will happily fleece you. That is where your smartphone can come to your rescue. Here are a few ways that you can use your trusted gadget-on-the-go to save your sanity, peace of mind, and a few pretty pennies too! In crowded Indian tourist spots, you will be hounded by touts who promise to give you the "best experience" at the "lowest price". Most of these also are government registered tour guides, but their fees tend to vary at times. If you've given yourself ample time to spend in the destination of your choice, or if you don't have a plan for a second visit, some popular locations offer the option of audio tourist guides. You can rent these devices at the spot, but being prepared will make your travel easier.

That being said, voice-based guides aren't available for all locations across India: Apps from AudioCompass cover limited locations in North India, including the Taj Mahal, Mumbai, Agra, and Khajuraho for around Rs 110 a piece on iOS and Android platforms. If you hunt a bit more, apps such as Elephanta Caves Guide (Android) will pop up. But not all hope is lost — there are text-based apps such as Travel Chennai (iOS), India Guide Ahmedabad (iOS), Famous Temples of India (Android), MyCityWay - India (iOS and Android), Indian Temples (iOS), and Pan-India guides (Android). That pretty much takes care of your travel itinerary!

Find your way
Whether you plan to drive down, rent a vehicle, or even take a walk, the chances of getting lost are very much there. Although you might turn to the local panwalas, chaiwalas, and rickshawalas for assistance, you can become the 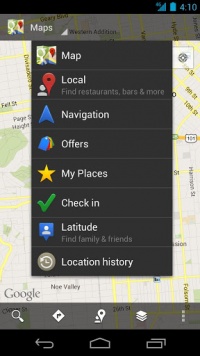 victim of the "aage jaake right" prank. At times like this, investing a bit in a good offline map for your smartphone will prove to be an intelligent decision. Nokia Lumia users already have Nokia Drive and Nokia Maps to come to their rescue. If you have access to the internet, Android users are blessed with Google Maps. iOS users, however, have a few things to worry about. If you are willing to spend in excess of Rs 1000, then the Sygic & MapmyIndia: GPS Navigation, which is available to iOS and Android users can be of help. Here again, Android users have an edge — you can use the trial version before investing in the full version!

However if local transport has caught your fancy, apps such as m-Indicator (for Mumbai), and Google Maps with Transit Layer can be useful tools. If you are hunting for the authentic cuisine of a region, an app such as Eat Well India (Android, iOS) can be of help. However, if you want to get some real user experience along with places to eat at, there are apps such as Zomato and TripAdvisor. Better to learn from another's mistakes to avoid making a few of your own!

Augmented Reality Apps
Shah Rukh Khan makes it seem really cool, but augmented reality apps have been around for quite some time now. It's perfect for lazy travellers, especially those who'd rather point their phone's camera at a monument and let the app do all the searching for them. 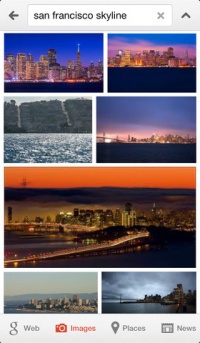 Lumia users have their special Nokia City Lens app to decode the world around them. Others have apps including Layar and Google Goggles to help find the way.

While all this does help you make your vacation smooth, do remember to keep your smartphone up and running. Along those lines, a Cooler Master Power Fort 5600 mAh or Portronics PowerPack 4000 comes across as a neat accessory.

So where do you plan to head this year for a fun adventure?