"People who thought the world was flat were more accurate cartographers than Apple Maps". 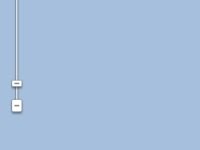 With the iOS 6 upgrade, Apple users get some useful new features, as well as improvements on existing ones. Maps on iOS 6, however, has everyone complaining. Michael Degusta of The Understatement says only half humorously, "Apple is risking upsetting 70% of the world’s population".

Check out that post for details of what features are lost in Apple Maps on iOS 6, with Apple now not using Google’s traffic and other data.

From a Reuters report, almost everything is wrong with Apple's Maps app: accuracy, features, directions, detailing, names, colours, existence of landmarks, etc. One tweet about the new Maps, by @RayneBradley, says "The people who thought the world was flat were more accurate cartographers than Apple Maps". A very representative screenshot collection on tumblr makes this apparent.

The report quotes Apple spokeswoman Trudy Muller as saying that Apple is aware that the new Maps is a major initiative. "Maps is a cloud-based solution and the more people use it, the better it will get … We appreciate all of the customer feedback", she said.

In India and some other Asian countries, the reaction to Maps on iOS has been somewhat better — because the app does not seem to work. Officially, Apple does support the Maps app — the "standard" features — but not directions. Check out this thread on the official iPhone discussion forums.