Tired of waiting for the vapourware called Aakash? Here's a list of alternatives for those on a shoestring budget. 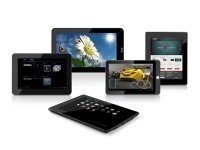 Still waiting for the Aakash tablet? Wake up and smell the scam, my friend — it's time to move on. In the meantime, the market has been flooded with ultra-cheap tablets that offer better specs and more features. Of course, these gadgets from Intex, Micromax, Zync, Beetel, HCL, and NXG aren't as easy on the pocket as the government-funded Aakash. Nonetheless, they offer a great price to performance ratio. Without further ado, here's the list of tablets that should be on the radar of any bargain hunter. Note that I have not included any tablets with CPUs less than 1 GHz or lacking a multi-touch screen, since that's the minimum requirement for a decent Android experience.

WickedLeak's Wammy 7 is a pocket-friendly tablet that offers Android 4.0 (Ice Cream Sandwich) and a plethora of features, including HDMI-Out and 1080p video playback. The device is powered by a 1.2 GHz CPU, coupled with 512 MB of RAM. More importantly, the righteous company makes sure that no prison labour is involved in the manufacturing process. Accordingly, for Rs 6300 (including warranty, which is a must-buy), the Wammy 7 deserves its place in this list. 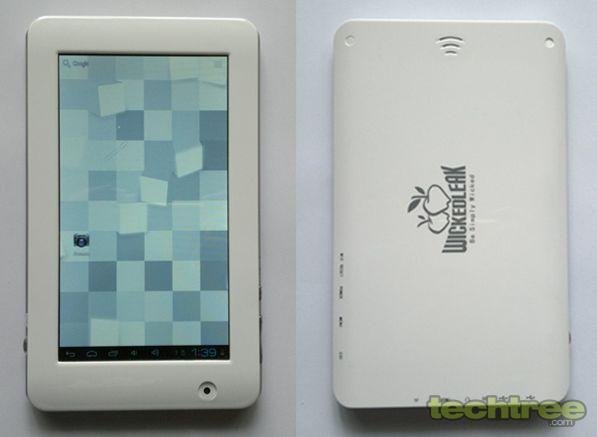 If you ignore the highly annoying Akshay Kumar ads, Micromax is a pretty decent brand. Like its entry-level cellphones, the company's affordable tablet has become an instant hit in our country. Instead of buying a device made in some shady factory in China and then branded by an unheard-of Indian importer, people prefer to go for established brands. Thankfully, Micromax's tablet doesn't disappoint its buyers. Its 1.2 GHz CPU goes well with ICS. The slate is also capable of 1080p video playback, and sports an HDMI-Out port. Unlike most affordable tablets, Micromax's funbook doesn't look bad either. What else could one ask for while shelling out a measly Rs 6300? 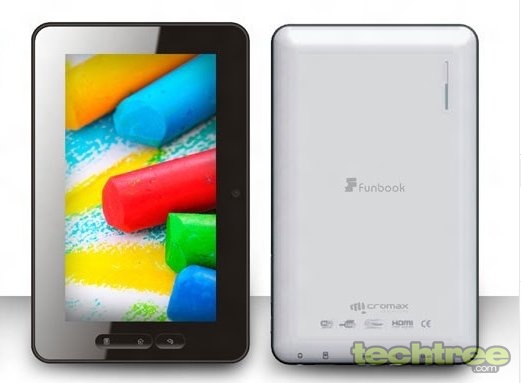 On paper, the Xtab A10 is just another Android tablet. However, it's the A10's snappy performance that makes it special. Its 1 GHz CPU (NXG advertizes the CPU as 1.5 GHz, but that's not the actual clock speed) and 512 MB of RAM keep the ICS experience pleasant. Additionally, its sleek design and sturdy construction provide it an edge over the competition. Needless to mention, it comes with the usual bells and whistles, including an HDMI-Out port and microSD card slot. To sum it up, the Xtab A10 tops our list of recommended tablets with its impressive performance and reasonable price.

The only thing you need to worry about is the stream of negative reports emanating about the company's policies, customer support, and an apparently faulty batch of products that found its way into the market. It has to be said though, that I did not encounter any problems at all when I used the tablet. NXG has also issued a triple-money-back challenge to anyone who can show that the battery life while watching movies is less than three hours.

In light of all this, to be on the safe side if you intend on purchasing the tablet, use the eBay.in link provided in the street price, instead of ordering the product directly off the manufacturer's website. This will give you at least a modicum of protection in the event that you're delivered a lemon. Well, you deserve it for all the useful info you've provided. Keep it up. BTW, you should consider making an account so that all the Likes and recommendations you're getting will be added into your profile and increase your user rank. :)
Submitted by Badri 'BADJAG' Narayan on Wed, 25/07/2012 - 22:31

Hello Marees, you might find this link useful: http://micromaxtablet.in/how-to-use-any-dongle-in-micromax-funbook-and-connect-to-internet/
Submitted by Chandrakant 'CK' Isi on Tue, 14/08/2012 - 16:02

" Still waiting for the Aakash tablet? Wake up and smell the scam, my friend —" I chuckled on reading this !!how truE!! From Datawind customer care August 12 " Dear Aditya, We sincerely apologize for the delay in the delivery of your order. Your order is in process.You will surely get your device in August." This after they mailed me on the 16th Reassuring me of delivery in 15 days "Dear Aditya, Your Order is already in process. You will get Your Device in another 10 or 15 working days.kindly re-confirm your current address,where you want the device to be delivered." As charlie sheen would exclaim "Those Rat [email protected][email protected])$" they have screwed us over!!pardon my language, pissed of with this charade that's been going on for 9 mnths now. Hope some one takes that CEO of theirs and his cronies to the court room.Not to mention that Sibal guy .. another scam .. not sure how many pre-ordered the tablet .. even if 50% of the purported 14 million people that showed interest payed for it.. then these guys must have paper burns from counting all taht money
Submitted by AdityaJayaram on Wed, 15/08/2012 - 15:53

Hi Siva, Ainol has got a reseller in India: http://ainolindia.com/ I spoke to them, and currently they have a service center only in Mumbai. Hopefully, in future they intend to open more service centers in other cities. Google Nexus 7 is no doubt a great tab - since it is from Google; but there are some drawbacks - like no HDMI support, no TF card slot. Ainol tablet do have the above said features. Aurora-2 is available for Rs.10K at the reseller website, and I feel it is a good deal. Also ainol Fire is available, but slightly expensive at Rs.12K. I looked at the list of features that you want to have: 1. Good Resolution - Aurora-2 has good resolution, but, Fire has much better. If reading is primary task, you might go for Fire due to higher resolution. However, it is said that, playing demanding games will be slightly slow on Fire, due to the high resolution. -> Aurora-2 has some touch-screen issues, which can easily be overcome by installing Double-Stuff Custom ROM (not a difficult task at all) which is available here: http://www.slatedroid.com/topic/36829-double-stuff-custom-rom-aurora-ii-unofficial-repacks/ and frequently updated 2. 3G connectivity => Neither Google NExus 7 nor Ainol tablets have 3G connectivity. If your primary intention is to access Internet for your research/studying, I recommend buying a 3G dongle or still better, a pocket WiFi router with SIM slot. This will not only enable you to connect one tablet, you can access Internet from other devices you have 3. 3G => None of these cheap tablets have GPS. Possibly, you might want to look at Samsung tablets which with 3G and GPS among several other features 4. Good battery => Ainol Fire has very good battery compared to other devices in the same league - 5500mAH, which should give you a good 6 hours of battery life for reading, browsing, etc. If 3G and GPS are not a primary concern, you might consider Aurora-2 or Fire. Since you mentioned "READING" as one of the primary task, I wouldn't go for ELF-2 as it does not have a IPS display. Also, there is a comment below recommending Wammy ETHOS with 1024x600 resolution and 1GB RAM. I wouldn't go for it, even though it has SIM slot. Reason is it does not have a IPS display, and reading (which is one of your primary objetive) for long in non-IPS displays MAYNOT be enjoyable. In fact, Apple iPad has displays based in IPS technology (http://www.apple.com/ipad/specs/) If I were you, I would go for either Aurora-2 or Fire and get a pocket WiFi router.
Submitted by MA on Mon, 27/08/2012 - 13:38

Since Siva wants a device for reading and research, I would recommend a device with better display. Although Wammy Ethos provides 1024x600 resolution at an EXTRA Rs.1000, I wouldn't go for it when extensive reading and research is involved. The IPS based displays (Ainol Aurora-2 and Ainol Fire) are more crispier and gentle on the eye compared to others. Another important feature that was looked for is better battery. Wammy Ethos has only 3700mAH while Ainol Fire has 5500 mAH. Since Siva was looking for better battery life, possible, Fire is a good option. Wammy Ethos one has one good feature, which is 3G support without external dongle. If someone is really interested in this feature, Ethos is the way to go (especially, look at the price, which is far lower than other tablets with similar facilities)
Submitted by MA on Mon, 27/08/2012 - 13:46

Siva - go for Ainol Fire is you don't mind spending an extra Rs.2000 (http://ainolindia.com/) compared to Ainol Aurora-2. For your reading/research requirements, I would prefer one of these and not the ELF-2 which does not have a IPS display. Also, Fire has Bluetooth support and hence, allows you to listen to ebooks via Bluetooth headset or connect a Bluetooth keyboard/mouse. Aurora-2 has Bluetooth support in kernel, but, needs external dongle and work is still in progress to make the dongle work. The last, but not the least benefit for going to Ainol tablet is the community support (compared to tablets from India vendors like micromax, karbonn, etc).
Submitted by MA on Mon, 27/08/2012 - 13:50

Hi Sharad, I am not sure whether you are asking about Ainol tablets or the company Ainol. Anyway, here is my take: I have been using an Ainol tablet for the past 3 months. The tablet did come with a few glitches (WiFi issues, touch-screen issues, app compatibility issues) to name a few. Instead of feeling sad that I wasted my money on this CHINESE tablet, I started digging more about the tablet and the solution that people were exploring and coming up with. The Ainol community (http://www.slatedroid.com/forum/341-ainol-amlogic-cpu-devices/) is amazingly supportive and we have resolved a number of these issues. In fact, senior members are maintaining a dedicated Wiki for two of the most selling Ainol tablets (http://www.lokumrom.com/index.php/Main_Page). There are a nearly 7 custom ROMs (http://www.slatedroid.com/topic/35972-complete-listing-of-all-available-roms/) available for one of the Ainol tablets and slowly, yet steadily people are resolving the problem with them (http://www.slatedroid.com/topic/37319-current-aurora-ii-problems-listed-links-to-some-solutions-in-first-post/). The custom ROMs include the very popular CynagenMOD, ParanoidAndroid and AOKP. So, that way, I am very happy with the tablet I bought. Yes, I do not have support for Ainol in terms of software/firmware update on regular basis. But with the community support and an interest to try out the solutions given by the community, I am a very happy Ainol tablet user.
Submitted by MA on Wed, 03/10/2012 - 13:19

Hi ankit, Happy that you got your tablet from AinolIndia.com and like it very much. Yes, they are far better than Micromax and other tablets in the market. Which tablet did you buy? You will find lot of support from the community for the Ainol tablets (custom ROMs - including Cynagenmod, fixes, firmware patches, bootanimations, etc) here: www.slatedroid.com/forum/341-ainol-amlogic-cpu-devices/ Do visit the above forms and enjoy the wealth of knowledge shared by other Ainol product users. By the way, they are coming up with a whole new Quadcore line of tablets. You can check the details here: http://www.slatedroid.com/topic/39744-ainols-quad-core-era/
Submitted by MA on Sun, 14/10/2012 - 08:07
News Corner