The poor man’s Nexus falls a little short of expectations. The Moto G promises to deliver a premium smartphone experience for a third of the price of current high-end phones. In India, it’s currently selling like hot cakes. Considering the hype surrounding this handset, the Moto G deserves a special review treatment. Unlike others, we don’t just run benchmarks on a phone and then write an article around it. In smartphones, performance and app count only tell you the ‘smart’ part. In this review, we will also tell you how well does the Moto G perform as a ‘phone’.

Design And Build
The moment you hold the Moto G, you realise why this handset has been unanimously hailed for its sturdiness. It feels rock solid, just how Motorola phones used to be. However, upon close inspection, you can see that the battery cover gap is uneven at certain places. Thanks to the sensible screen size, the phone is ideal for single-handed usage. I wish the sense prevail in other manufacturers and they too will start manufacturing phone-sized phones again. However, as far as the design is concerned, it’s a run-of-the-mill Android device. It looks similar to the XOLO Q700. So much that we placed the Q700 in Moto G’s box, and my co-workers showered it with praise, until they saw the branding on the back-panel. At 11.6 mm, the phone feels quite clunky. Especially, when compared to the similarly priced Nokia Lumia 720. In fact, the 720 beats the Moto G hands down when it comes to aesthetics. However, keep it in mind that the Moto G has a more powerful chipset compared to that of Nokia’s offering. We will come to that point later. The Moto G’s rear is reminiscent of Nokia’s first-gen Lumia 710. Both the handsets have similar matte finish, which helps with the grip. Moreover, you can purchase colourful back-panels much like that of the 710. In short, the Moto G looks fresh, only if you have never seen the Q700 and Lumia 710 (or of course if you’re an American). One more things worth mentioning here is that the bundled accessories are complete trash. The wall charger has been shoddily made. The earphones are so horrible that they simply belong in a dustbin. What’s worse is that the package lacks a USB cable. For a phone that costs around 14k, the manufacturer should have no problem shipping decent accessories.

Display And Basic Specs
The phone sports a 4.5” IPS screen with pixel dimensions of 720x1280. That takes the pixel density count to around 325 ppi. The text and images look very sharp on the display. The screen produces vibrant colours. However, it’s not good at rendering black. Save for the slight colour shift, the viewing angles are wide. Motorola has used Corning’s Gorilla Glass 3 to protect the screen from scratches. In sunlight, the phone’s screen shows a grid of touch-receptors, which is not a good sign, considering such patterns are only visible in cheap domestic handsets.

The Moto G is powered by Qualcomm’s Snapdragon 400 chipset clocked at 1.2 GHz. It comes with an Adreno 305 GPU and 1 GB RAM. Other features include a 5 megapixel camera, front-facing snapper, 8/16 GB internal storage, Wi-Fi, Bluetooth 4.0, GPS, and 2070 mAh battery. It lacks microSD card slot.

Software
The phone ships with stock Android Jelly Bean 4.3 ROM. On the very first boot, we found out that the KitKat update has gone live. So our review is based on software version 4.4.2. In the world where budget Android devices run at least a generation old software, Kitkat surely earns brownie points for the Moto G. Along with the goodness of Kitkat, the phone also offers Google Now. If you’re too lazy to type in your query, you can use its voice search feature.

The interface is cleaner compared to Samsung’s customisation. However, I think that HTC’s latest Sense UI is the best flavour of Android. Google’s stock Android have started looking boring now. The fact that the interface looks almost exactly like what we get on the countless Micromax and Karbonn handsets doesn’t help either.

The Moto G is quick and snappy when it comes to menu navigation. Not as smooth as the Nexus 5, but definitely one of the best performer in its class. It shines in synthetic benchmarks where it comfortably sits about Nexus 4’s AnTuTu score. More importantly, it does a great job when it comes to gaming. The phone not only handles casual games, but you can also enjoy big titles including the Real Racing 3 and Asphalt 8 Airborne. These games don’t run very smooth, but then that would be too much at this price point. Camera And Multimedia
As mentioned earlier, the phone comes with trash earphones. However, when paired with decent after-market IEMs, the Moto G’s music output is excellent. For best results, go to audio settings, select ‘custom’ profile, and turn off both ‘surround’ and ‘equalisers’. As far as the video playback is concerned, the handset can handle most formats up to 1080p quality. If you get bored of the stock video player, you can always grab the MXPlayer from the Play Store. 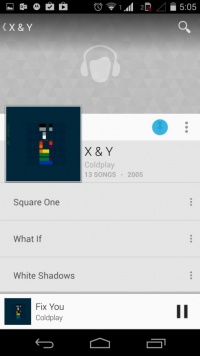 Motorola has gone minimalistic with the camera interface. The camera viewfinder sports no buttons save for the front/rear camera toggle and camcorder. For more options, you have to swipe your finger from the left side of the screen. This brings up a wheel-based interface that offers HDR, Flash, aspect ratio, and slow motion settings. However, there’s no option to change the image quality, which a basic thing. What’s worse is the camera’s performance. The photographs not only lack detail, but also contain a lot of grain. The colour reproduction is not accurate. It’s also one of the worst offenders when it comes to low-light photography.

Connectivity And Battery Life
The Moto G’s 2,070 mAh battery comfortably powers the device for a day and half. In our 720 video loop test, it lasted for almost 6 hours and 30 minutes. That’s a very good performance considering that it’s a quad-core Android with dual-SIM support.

The Wi-Fi and Bluetooth radios work the way they’re expected to. However, it’s the cellular network reception where the Moto G disappoints. The phone would lose network in areas where my other phone HTC 8X would have no issues picking up signals. When on the call, the voice from the other end sounds very hollow. This could be because of low-quality ear-piece, which causes cracking sound if a person on the other end talks loudly. To make sure that this problem is not limited to the unit we were reviewing, I used my friend’s brand new Moto G for a day. Sadly, it too had a same issue.

Conclusion
The Moto G is currently the only budget handset to run Kitkat. It offers snappy user experience, and excellent multimedia performance. Moreover, it’s a handy phone with a sharp HD IPS screen. On the other hand, its camera is disappointing. True, the phone is affordable, but then the Lumia 720 offers an excellent camera at a similar price. The bigger concern however is the call quality, which of course is the primary task of a cellphone.

Still, if you’re planning to buy the Moto G, check its sound quality before going ahead. With the handset selling like hot cakes, it shouldn’t be a problem finding it in your friend circle. The other handsets, worth considering at this price tag are XOLO Play T1000 and the Nokia Lumia 720.