Both smartphones sport similar innards with the battery and screen size being the only difference. 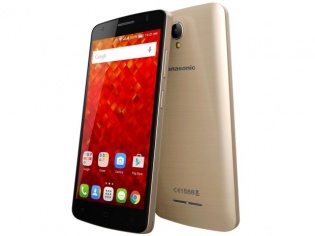 Panasonic is bringing in the festive season by launching two new smartphones in the company’s P series, the P50 Idol and P65 Flash. Both smartphones fall in the budget segment and are appropriately priced keeping in mind pricing from competitor brands like Motorola, Xiaomi and the rest. Panasonic hopes that its smartphones would become the ideal gifting options for its customers this festive season.

Both smartphones come with a plasticy exterior that looks typically Panasonic. The P50 Idol (top left image) however adds a faux brushed metal look that mimics what you get on the ASUS Zenfone 2 and the LG G3 smartphones. Coming to the hardware, they have similar specifications with the only differences showing up with a bigger display and a larger battery on the P65 Flash (shown above).