Get A OnePlus One Delivered To Your Doorstep In 60 Minutes | TechTree.com

Get A OnePlus One Delivered To Your Doorstep In 60 Minutes

And if it is not, you can actually get one for free! 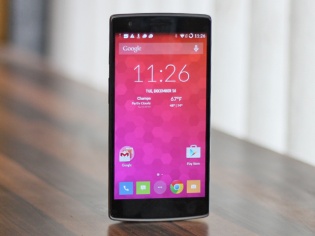 Yes, OnePlus is known for its wild promotions and it’s invite systems are pretty well-known in the smartphone world as well. But this one seems like a world’s first indeed.

In what would be a pretty gutsy approach in marketing, OnePlus has pulled off another promotion once again.

Coming down to how you can avail of this offer. OnePlus has the offer open to residents of Bangalore only. Vikas Agarwal, GM OnePlus India states that the offer will be rolling out to other major metros as well.

Also you will need to place your order for the OnePlus One smartphone from the Blowhorn app that is available for download on the Google Play Store. More importantly, the offer is valid only until tomorrow the 10th of October.

Oh! How we wish, this was the case with the OnePlus 2!