Hopefully it does not replicate HTC’s “success” with the same tech. 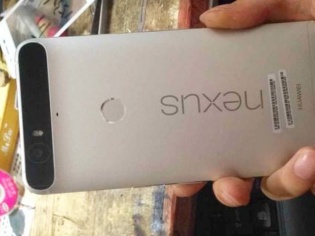 Yes, times are changing and Huawei is rumoured to include camera tech that is similar to what HTC used on the One M7, M8 and the M9 smartphones. The Chinese smartphone maker will use camera modules with sensors equipped with bigger pixels, for both the primary camera and the front-facing unit.

The news is such that Huawei is rumoured to use larger pixels (1.55 μM pixels) on the 12.3 MP primary camera with an f/2.0 aperture. The other camera that sits on the front is expected to be an 8 MP one with 1.4 μM pixels.

Clearly it is the 13 MP upgrade may look puny in front of the Sony Xperia Z5 Premium or even the Moto X Style with their 20 MP plus sensors.

While we are sure Huawei will pull off interesting results with its bigger pixels, there is an air of uncertainly as to how things may pan out keeping HTC’s failed attempts in mind. Currently, HTC seems to have banished its UltraPixel tech with standard sensors, that seem to be doing a better job.

As for Huawei’s bigger pixels, they should bring in more light, with faster daylight snapping and clearer and brighter low-light shots at 12 MP as opposed to HTC’s 4 MP unit.

Finally, we now know what hides behind the big bump of the Nexus 6P’s back. As for the rest of details about the smartphone, it is expected to sport a Qualcomm Snapdragon 810 SoC, fingerprint reader on the back and stereo speakers (too much inspiration from HTC?). Also expected is the USB Type C port that will soon be a standard fitment on Android smartphones going forward.

Both the Huawei Nexus 6P and the LG Nexus 5X are expected to be unveiled tomorrow at Google’s Android Marshmallow event.

[Related: What To Expect From Google’s September 29 Announcement]