Meanwhile, the iPhone 6s plays catch up with the Android herd. 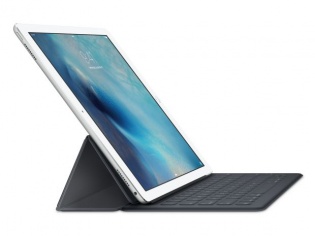 Among all the Apple announcements that took place on the 9th of September, Apple was a bit too shy to mention the specs of one controversial hardware bit, RAM. Still, a post on Reddit made things pretty clear that no matter what the OS, RAM requirements do increase over time.

While the Reddit post confirmed that the new iPhone 6s models do sport 2 GB of RAM as per earlier rumours, no one really knew about the iPad Pro until Adobe released a press note mentioning the same.

It so happens that the iPad Pro sports the highest amount of RAM on any iOS device till date. 4 GB is big, but it is a massive leap for Apple, considering the company has been stingy when it comes to RAM.

Apple has a pretty commendable track record for using quick but minute RAM modules, when compared to Android flagships (or even the mid-range ones). So this is indeed a leap because of OS requirements. While iOS 9 has not grown heavier in size, its features have grown and all those features need better processors and RAM. The iPhone 6 Plus is the perfect example with Safari tabs refreshing, every time you switch between them.