Flipkart App Now Allows You To Have Real-Time Chat With Friends | TechTree.com

To use the feature, you need to have an invitation being sent by a person who has already received it. Flipkart has introduced a new in-app feature dubbed as Ping which allows users to have real-time conversations with friends.

With this new feature, users can now get feedback about a product they plan to buy or also help friends to decide what to buy.

In simple words, with this feature you can share the product images, wish lists and items in your cart and chat with each other while shopping.

With this feature, it looks like the top e-commerce service is bringing in more of a social network feel in its app on Android and iOS. However, only the users who have been invited to it can be able to use the Ping feature as of now. 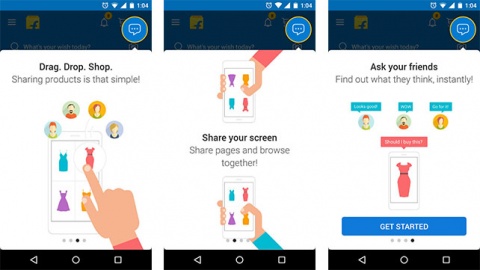 Speaking about the invitation to use the feature, users who have it in their app now can invite other people in their contact list by just sending an SMS.

It is also worth noting that the interface of the Ping looks somewhat similar to Facebook messenger.

To recall, last month, Snapdeal launched a new app called Shopo which allows buyers and sellers to interact with each other via an in-built chat app.