While the price has not yet been revealed, we expect it to be priced under Rs 9,000 range. 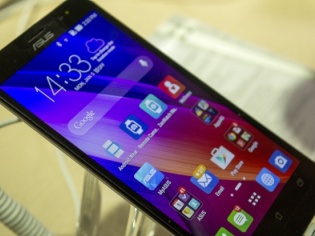 Looks like its raining Asus smartphones in India ever since the Zen Festival in New Delhi. The Taiwanese tech company has silently introduced its new ZenFone smartphone dubbed as the ZenFone Go, by listing it on the company's India website.

Along with this, the new smartphone by Asus has also been listed by the company's exclusive online retail partner in India, Flipkart. However, no details about its price has been revealed yet, but going by the specification list, they are likely to be priced under the Rs.9,000 range. 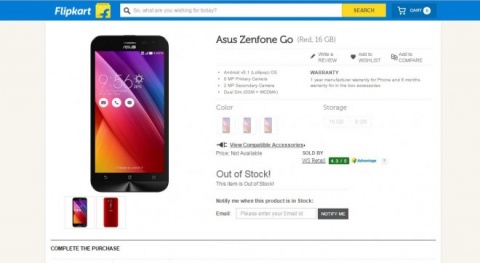 To recall, ever since July, rumours were surfacing about the company working on its budget smartphone ZenFone Go. The new ZenFone smartphone runs Android 5.1 Lollipop-based ZenUI and supports dual Micro-SIM cards with dual standby support.

Also, the ZenFone Go comes with 2 GB RAM while the internal storage comes in two options - 8 GB and 16 GB which can be expanded up to 64 GB via microSD card.

The other features of the smartphone are 5 inch HD IPS display, 8 MP rear autofocus camera with f/2.0 aperture with 2 MP camera sensor in the front and 2,070 mAh battery.

The ZenFone Go comes with Bluetooth, Wi-Fi, GPRS/ EDGE, 3G, GPS/ A-GPS, and Micro-USB connectivity options along with 100GB of Google Drive storage, which will be free for 2 years.