The price slash helps the company to keep the smartphone relevant against the likes of Lenovo K3 Note and Moto G (3rd Gen). Micromax's sub brand YU has slashed the price of its recently launched Yureka Plus making it Rs 1,000 cheaper than its launch price tag of Rs 9,999.

The announcement was made by the company through its Twitter and Facebook pages on Monday. Apparently, the new price cut is already visible on Amazon India, the company's official online partner.

Speaking more about the price cut, it comes within two weeks of the launch and it looks to be a desperate move by the company to keep the smartphone relevant against the likes of the Lenovo K3 Note and the recently launched Motorola Moto G (3rd Gen).

However, along with this, the company seems to have made the whole price cut more exciting by announcing that the existing Yureka Plus customers will receive an Amazon.in gift vouchers worth Rs 1,000 in next few days.

It is worth noting that Amazon India is also taking registrations for the next flash sale on Thursday and registrations close at midnight Tuesday. 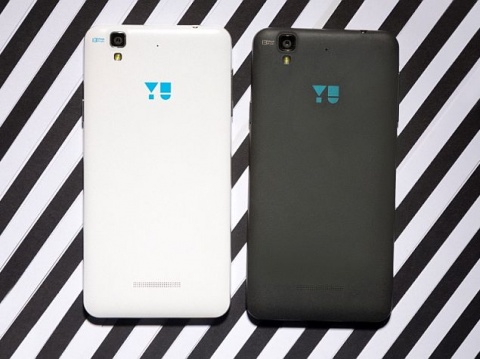 Making a brief recap of the technical specs of the Yureka Plus, we can note that the company has touted Yureka Plus as a next-generation version of its Yu Yureka smartphone.

While the smarthpone runs on Cyanogen OS 12 based on Android 5.0.2 Lollipop, it comes with dual SIM support, 4G LTE support, 5.5 inch full HD IPS display along with a Gorilla Glass 3 for protection.

Much like Yureka, the Yureka Plus runs on a 64-bit octa-core Snapdragon 615 SoC (MSM8939) clocked at 1.5GHz, coupled with Adreno 405 GPU, and 2GB of RAM. The Yu Yureka Plus sports a 13 MP autofocus camera in the rear with an LED flash while a front-facing 5 MP fixed-focus camera is also on board.

Having said this, the Yureka Plus has 16 GB of in-built storage with microSD card support while it packs a 2,500 mAh battery.

Coming to the connectivity sector, the smartphone comes with Bluetoooth 4.0, Micro-USB, WiFi, GPS and 3.5 mm audio jack which are much common in most of the smartphones nowadays.

The Yu Yureka Plus includes sensors such as accelerometer, proximity sensor, ambient light sensor, and gyroscope. The smartphone will be available in Alabaster White and Moondust colour variants.