Samsung’s Affordable Galaxy S6, The Galaxy A8 Announced In India

Goes big on features, but unfortunately the same can be said about its price tag as well. We were indeed all praises about the Samsung Galaxy A8 when it was announced in China two weeks ago. The device packs in some interesting hardware and also includes some premium bits for the price range, which was expected to be in the mid segment.

Well, Samsung has finally made the Galaxy A8 official in India. The device comes with a few alterations for the Indian market, but it is the Rs 32,500 price tag that will garner even more attention than its slim waistline.

The device comes with ultra-narrow bezels and looks better than that Galaxy S6 (if you ask us). There’s metal all over and all of this, including the massive 5.7 inch display and a 3050 mAh battery are housed in a construction that is just 5.9 mm thick; making it the slimmest Samsung smartphone ever. Delving into the specs, the Indian variant packs in an octa-core, Samsung Exynos 5430 instead of the Snapdragon 615 SoC. The chipset is built using the 20 nm process and first made an appearance in the premium Galaxy Alpha.

As for the specs of the Samsung Galaxy A8:

So yes, there are plenty of good hardware bits on board and Android 5.1 Lollipop on the software front. But all of this for now comes only on paper. Real-world tests will prove whether the camera is anywhere close to the Galaxy S6 or the Galaxy S6 edge.

The handset will come in black, white and gold and will be a available both in stores and online for Rs 32,500. Clearly, the price tag is bound to drop, this is more so because Samsung is planning to cut down on the pricing of its Galaxy S6 models as well. 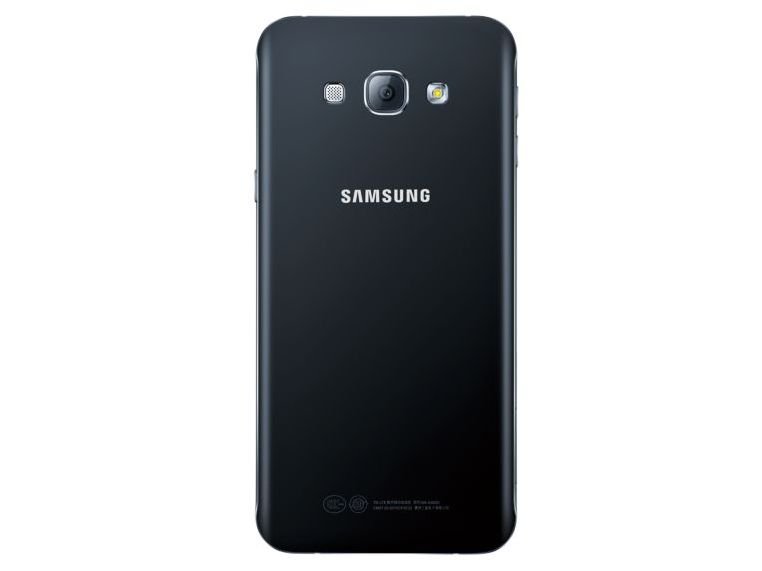 Indeed, we cannot have two capable smartphones in the same price bracket, even though the S6 comes with a lot more horsepower under the hood.

Its closest competitor considering its current price range, is its own sibling the Galaxy A7 that retails for Rs 26,000 and the upcoming LG G4 Beat which is also expected to retail in the same bracket.