Its success depends entirely on its pricing. 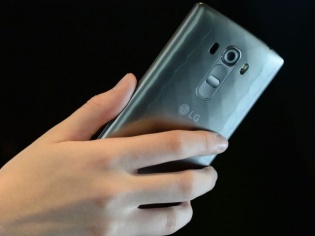 LG has unveiled a brand-new smartphone called the LG G4 Beat. The smartphone considering its spec sheet is a mid-ranger at best and comes with some interesting features that will prevent it from sliding down to the budget range.

The Korean electronics giant seems to have found the right mix of hardware with the G4 Beat.

The device packs in a Full HD display and looks strikingly similar to the LG G4, which was launched in India a couple of weeks back. As for the hardware bits of this mid-range device:

Latin America markets will be treated to a 13 MP primary sensor for the camera. The LG G4 Beat runs Android 5.1.1 Lollipop with the LG UX 4.0 on top.

Indeed, LG is banking on construction quality and the right mix of hardware but its success will entirely depend on its pricing; something that LG will reveal at launch. Xiaomi’s Mi 4i has taken the Indian market by storm, by offering a robust processor with 2 GB of RAM and a Full HD display and comes with a budget price tag. LG’s only sore spot (on paper) seems to be the 8 GB of internal memory which is a bit too less, for storing apps and games.

LG will have to be smarter and price it right, even though its camera chops will keep it anchored higher up in the mid-range.

The handset will be available in Metallic Silver, Ceramic White and Shiny Gold in India (with the second launch wave), but details about when it will arrive, have not been let out.