New WiFi Chip By NASA To Extend Your Smartphone's Battery 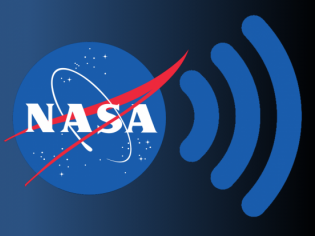 This looks like a great news to all the smartphone lovers who use it for every little thing. A new WiFi Chip can now extend your smartphone's battery life!

Digging more deeper, this new WiFi chip for wearable devices and smartphone has been developed by a NASA researcher Adrian Tang along with Mau-Chung Frank Chang who is a professor at UCLA.

The USP of this chip is that it does not need power as the WiFi signal is not being generating, but instead it is just being imprinted on the signal when it is reflected.

So, the idea is that if the wearable device only needs to reflect the WiFi signal from a router or cell tower, instead of generating it, the power consumption can go way down bringing up the battery life.

Adding further on to this, it is being said that the team behind the WiFi chip managed to get a data transfer speed of around 330 MBPS at around 2.5 metres (8 feet).

While this is good news, much better news is that UCLA and NASA have signed an agreement on joint ownership of the idea and are in talks with a commercial partner to bring the new WiFi Chip in to the market soon.

Apparently, the technology helps researchers to save electricity in space.

To recall, in April this year, Researchers at Stanford had claimed to have been working on a new aluminium-ion battery which can completely charge the iPhone in just 60 seconds.

While such new technologies are being developed on one side, smartphones with as big as 6,000 mAh battery are being hinted to be in the works.