Though the Moto G video has been leaked out by a Brazilian retailer, it looks quite similar with handset expected to be available in India. 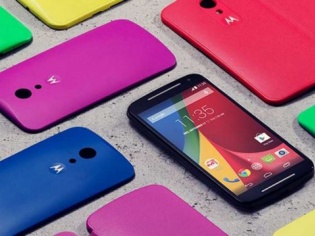 Update (July 28): Motorola is likely to launch the third generation Moto E, Moto G and Moto X today. The 8GB version of Moto G (3rd Gen) is likely to be priced Rs. 11,999. The device showed up on Flipkart website before it was taken down

After creating a hype with many leaks and rumours surfacing, the Moto G 3rd Gen seems to be now starring in a promo video.

Apparently, the promo video is currently being showed in Brazil and the video also seems to confirm most of the previously leaked details about the new Moto G.

While the video is basically presented by a Brazilian retailer Americanas, the handset has a feature that the US model will probably not offer - dual SIM support.

Having said this, it looks like the Brazilian Moto G (2015) doesn't seem to be different from the handset that will be available in other countries.

As we go through the video, key features like 5.0-inch HD display, quad-core CPU, 13 MP camera with dual-LED flash, 5 MP snapper on the front, IPX7 water-resistant certification and the battery life details are revealed.

And in the final seconds of the teaser video, Motorola confirms that the company will offer choices to prospective buyers to select accent colour, rear-casing and front-panel for their Moto G (2015). The company will also sell FlipShells as separate accessory.

Once the video went viral on media sites, the company pulled the clip off the Internet. But by then, many had downloaded the Moto G (3rd Gen) ad and re-posted it in social platforms.

To recall, an online retailer came up with some press images of Moto G 3rd Gen (2015).

With the leak of Moto G (2015) commercial, there is nothing left for us to imagine on what to expect on 28 July, when Motorola is scheduled to officially unveil the new mid-range phone.

Rumour has it that the company might also launch a third generation flagship Moto X on Tuesday.