Samsung Wants To Build An App Bank For Its Upcoming Orbis Smartwatch | TechTree.com

Now pushing out SDKs to interested developers in a bid to launch with an app bank. 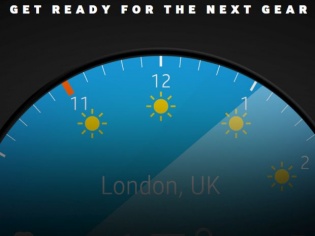 Samsung has now made it official that its round Orbis smartwatch actually exists and will be announced soon. The company did this by announcing the release of its software development kit (SDK) for its round smartwatch much before the launch of the wearable itself.

Clearly, Samsung like Apple is looking out for developers to develop apps for its smartwatch tagged as the Orbis.

Apple as we know just took its Watch App Store live today and certainly did not have a problem with over 3000 apps in its app bank at launch.

Since the Orbis will come with LTE bands (from what we know through leaks) we cannot expect Android Wear in there. This poses a big app gap for the Korean electronics giant, the one that it is trying to bridge by releasing the SDK before the launch.

We are pretty sure Samsung has already managed to pool in a number of big names in the industry to build apps for its upcoming smartwatch. This is visible from the little we can see at the bottom part of the registration website with prominent names such as CNN, yelp, Baidu, FidMe and more.

Getting third-party developers to build apps for a custom OS; that is unique only to one smartwatch and nothing else is tough. Android Wear adoption would have been a simpler move.

Still then, it will be hard for Samsung to come up to speed with the Apple Watch unless it has something really innovative to talk about; something that even developers would be interested in supporting to get noticed.