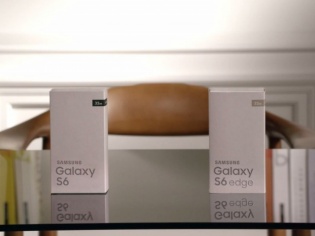 Canadian smartphone maker BlackBerry indeed had something up its sleeve after its long, presentation at the MWC 2015. The company’s Ron Louks pulled out a rather unusual smartphone with a form factor that is more reminiscent to slider smartphones from Nokia back in the early 2000s than with today’s touchscreen devices.

The smartphone appeared to have a dual curved, all-touch display that was accompanied by something unusual at the bottom, a slide-out QWERTY keyboard.

Seems like BlackBerry is indeed taking forward its wacky ideas. Whether or not they work, is certainly up to the BlackBerry faithful who still cannot adjust to touch-screen keyboards.

What a Surprise! Ron just pulled out a dual-curved, all-touch display with a Keyboard - yes a slider device! #MWC15 pic.twitter.com/8VaPUZHo3j

Our experience with the Passport was nothing much to talk about (we loved the Classic). This is thanks to the fact that you have to juggle between the keyboard and screen while typing/scrolling and selecting.

Indeed we will have to wait and watch what BlackBerry plans to do with its upcoming slider.

What is more interesting, is that BlackBerry even managed to include a dual edge display on the device.

A curved display on a BlackBerry smartphone would indicate that we could actually see something practical after all. But keeping in mind the messed up Passport, we have no clue what the company is thinking; unless it is planning to include the all-important trackpad in there.